Buhari, Lai dragged to court over directive on report about… 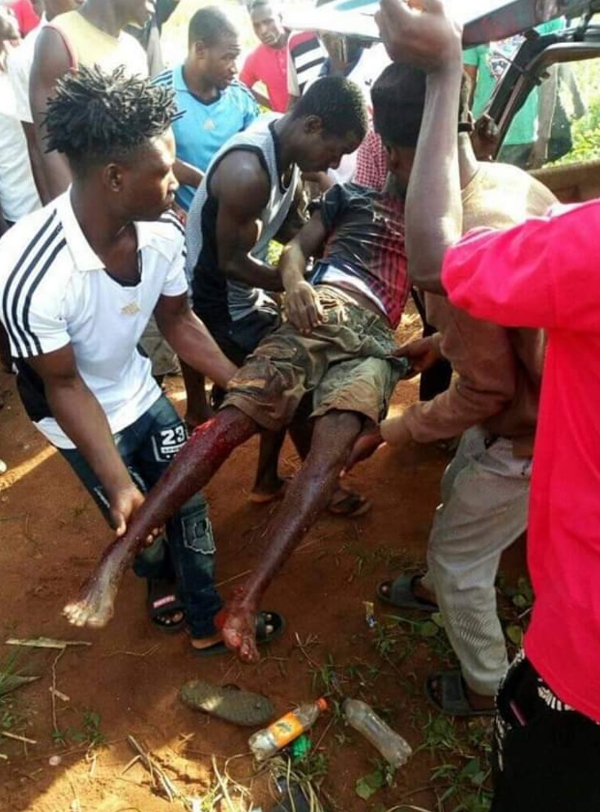 SaharaNews gathered that the ugly incident happened at
Opposite kenittyza plaza Umuorii in Owerri, Off road safety road by Toronto round about.

One of the victims
According to an eyewitness who spoke with SaharaNews, “As Fulani Herdsmen were said to have a land where Hausa’s are guiding. They were told not to allow their cattles destroy things. They refused and engaged in a fight with the Hausa boys. After being defeated, they left and came back with guns and machetes.”

“Shot one dead and butchered the other one while he is sleeping.”

“Now I ask. Why are cattle rearers allowed to carry guns but security men left with machetes.”

“Pls ooo help and share this until it goes far to people. It must stop, how can I be in my house and a stranger will be threatening my life.. In my own house kwa.”

“Many people will say, thank God its Hausa’s that they killed… Had it been it were in a farm land that belongs to an Igbo man.. The same will happen.”

“FULANI HERDS MEN… Are now terror to lives… They kill anyone that doesn’t grant them access to their farm lands for cattle grazing… No no no… It must stop.”