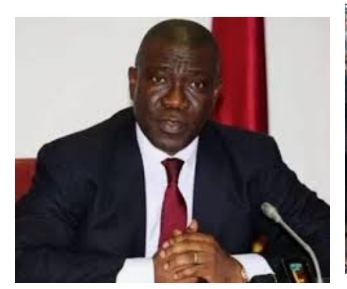 SAHARANEWS – The Current Deputy Senate President, Senator Ike Ekweremadu has disclosed that he won’t run for Senate again once he completes his term with the 9th assembly in 2023.

The Senator said this according to a press statement made available to newsmen on Sunday, May 12 as part of the celebration of his 57th birthday, SaharaNews gathered.

Ekweremadu disclosed that after 2023, he won’t seek re-election but will ensure that all on-going projects within his constituency will be completed during the 9th assembly that is set to be inaugurated in June.

“Ekweremadu: I Won’t Run for Senate Again, God has been kind to me

The Deputy President of the Senate, Senator Ike Ekweremadu, has announced that he would not seek re-election into the Senate in 2023, noting that God had been kind to him, raising him to address enormous challenges faced by his people.

He spoke on Sunday at an event to mark his 57th birthday and to appreciate God and his constituents for his re-election and triumphs.

Ekweremadu recalled how he became the Chairman of his age grade association at age 10, and served as President-General of Mpu Town Union, pioneer elected Chairman of Aninri LGA, Chief of Staff of Enugu Government House, Secretary to Enugu State Government, fourth term Senator, third term Deputy President of the Senate, and the first Nigerian Speaker of the ECOWAS Parliament”.

He, however, observed that it had not been all rosy as he had also faced serious political challenges and persecutions.

“We are assembled here today to mark the awesomeness of God in my life and to thank you all for standing by me over yet another year of trauma in my politics, including the attempt on my life and lives of my family members, the assault on my liberty, and all the evil designs of the evil people in our society against my person and politics. I have been through the valleys of the shadow of death. I have been scorched and bruised for my political beliefs and determination to defend the principles of democracy and uphold justice for every segment of this nation.

“Indeed, without the almightiness of God and your fidelity, I would not have been here to acknowledge the triumph of God’s grace over the evil intentions of wicked souls in high and low places of our society”.