Why I won’t approve State police in Nigeria — Buhari 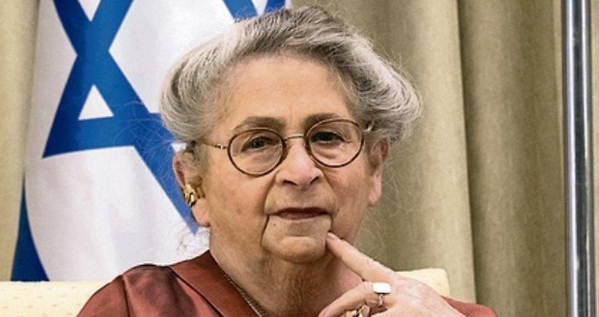 She died at Beilinson Hospital in Petah Tikva. Three months ago, Rivlin underwent a lung transplant.

SaharaNews learnt that Rivlin suffered from pulmonary fibrosis and required the constant use of a portable oxygen tank, which was attached to her even during official ceremonies she attended with her husband.

ALSO READ:  Expose Terrorists In Your Midst, I can't be everywhere at the same time.--Buhari Tells Nigerians

Prime Minister Benjamin Netanyahu said in a statement: “Together with all the citizens of Israel, my wife Sara and I express deep sorrow at the passing of the wife of the president, Nehama Rivlin.

“We all prayed for her healing during the recent period in which she fought bravely and with all her might for her life.

“We extend our heartfelt condolences to the president and to all his family. May her memory be a blessing,” he said.

Rivlin was born in Moshav Herut, an agricultural community in today’s central Israel.

Her parents, Drora and Mendi, emigrated from the Ukraine and were among the pioneer founders of the community.

In 1971, she married Reuven Rivlin and the couple lived in Jerusalem.

Rivlin had a BSc in Botany and Zoology.

As the First Lady, she focused her activities on the environment, nature and art, as well as children with special needs.

JUST IN: I Will Not Relegate You To “The Other Room”, Gov Ahmadu Assures Women

BREAKING: The Federal Govt Is Giving Us More And More Reasons To Be Serious With The Call For Biafra – Senator Abaribe