Nnamdi Kanu is our son, he has not killed anyone, we must…

BREAKING: The Federal Govt Is Giving Us More And More Reasons To Be Serious With The Call For Biafra – Senator Abaribe 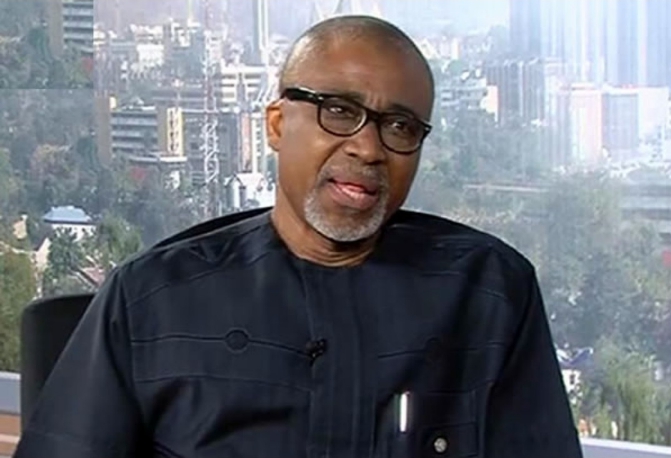 SAHARANEWS – Information reaching our newsroom has it that Senator Abaribe lambasted Federal Government of Nigeria over Igbo current status in the country.

He said: “We the Igbos only want one thing; to be treated fairly like other Nigerians. If Nigeria can be able to do this thing, you’ll see that the Igbos won’t complain of marginalisation again.

“The president of Nigerian comes from the North, his Vice is a Yoruba man, but the Igbo are nowhere to be found in any important position in this country.

“Presently, no one in Nigeria sleeps with their both eyes closed because of the menace of Boko Haram. This same Boko Haram was almost a thing of the past when an Igbo man was Chief of Army Staff. But even then, the Northerners were crying and complaining that their brothers (Boko Haram) were been killed and so they insisted that the then Chief of Army Staff, an Igbo man, must be removed. Now, Boko Haram insurgents that were almost chased out of the country are now the ones that are trying to chase Nigerians out and also carry out their Islamization agenda, but we won’t let that happen because Nigeria belongs to us all.

“Boko Haram are killing people, destroying properties, burning houses, and causing all sorts of mayhem; why has the government not designate or tag them “terrorists”, but Igbo people that are only carrying flags to ask for Biafra, to ask for freedom, registering their grievances over the marginalisation they are experiencing – these are people that have not killed anyone, they have not chased anyone from their farmlands, they have actually not done anything to give the impression they are a threat to human lives, then you came out and announced that they are terrorists.

“You left people that are committing atrocities to chase people who have committed no offence, accuse them wrongly and call them terrorists. Anyone in this condition would ordinarily think you are after them not because they have done anything wrong, but because they are different.