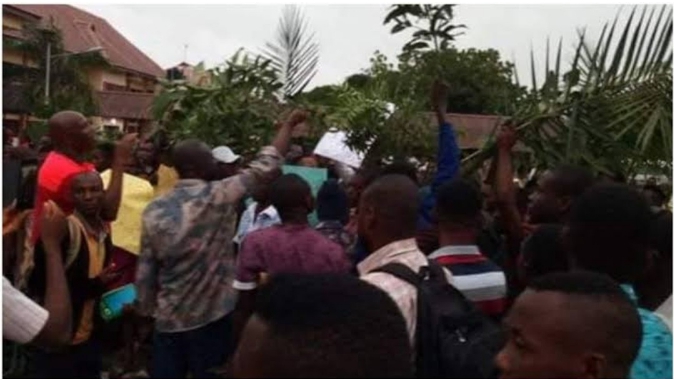 SAHARANEWS – Academic activities have been suspended at the Federal University Wukari, Taraba State, following an invasion by the suspected Jukun militias that led to the killing of two students from Benue and a lecturer of the institution on Tuesday,July 30th.

The killing sparked protest among Tiv students and staff of the institution.

However, the Vice-Chancellor of the institution, Prof Abubakar Kundiri, has suspended the academic activities and closed down the institution following the incident.

The announcement was contained in a statement by the Registrar, Magaji Gangumi which was released in Wukari, on Wednesday.

According to the statement, all students are expected to leave the University premises before 12:00noon on Wednesday.

The statement also added that the suspension of lectures and closure of the institution is till further notice.

“The closure of the institution follows the protest by students over the kidnapping of their mates along Wukari -Katsina Ala high way on Tuesday.

ALSO READ:  Why Buhari Did Not Visit Kankara— Lai Mohammed

Therefore, students are directed to vacate the hostel and university premises on or before 12 noon,” the statement said.

BREAKING: IPOB Cries Out Over The Continued Illegal Arrest And Detention Of Her Members In Aba By Nigerian Army, Put International Communities On Notice