2023: Court orders INEC to answer to fresh suit seeking to…

Mother drags son to police station after recognizing him on…

BREAKING: Overzealous SARS Officers Raids A House To Arrest Yahoo Boys, What Happened Next Will Shock You 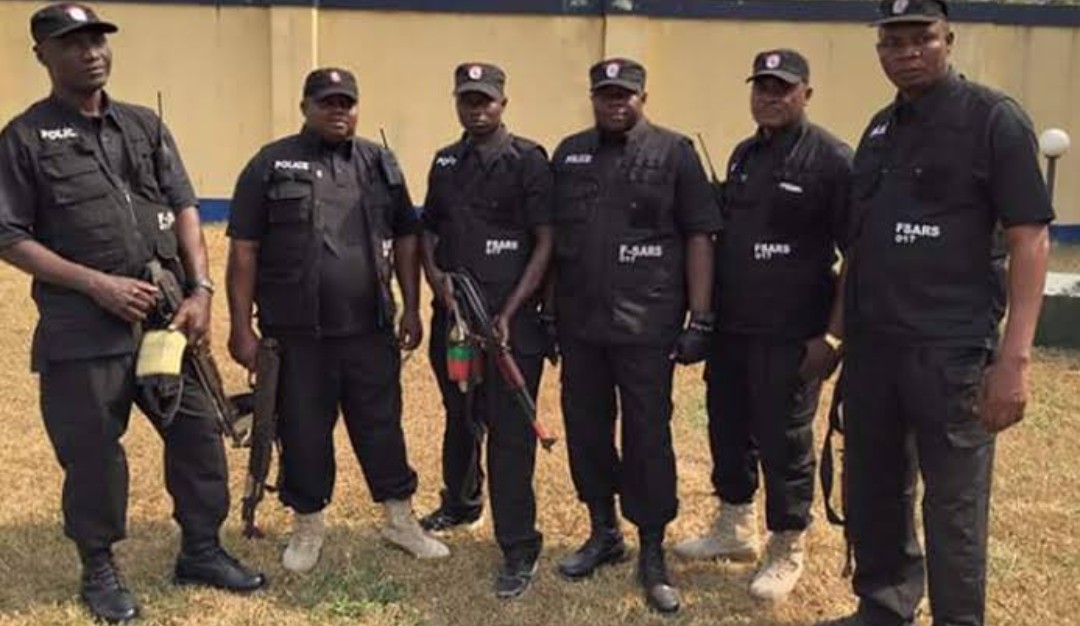 SAHARANEWS – The SARS officials had been reported to enter into a house wrongfully in the bid to apprehend fraudsters (Yahoo yahoo boys), but unfortunately, what they met in the compound was more than they could chew.

The incident took place on Sunday 15th of December around Ikotun axis at about 2:45pm when SARS officials arrived at a house in a Toyota Sienna vehicle and began to frantically knock on the gate upon arrival, but there was no answer from the occupants of the house. Hence, the SARS officials decided to cut the electric barricade on the fence and jump over the fence. Upon entrance, a young man caught one of the SARS officials and began raining him with slaps, the commotion alerted other occupants of the house who were forced to come out.

Occupants which includes: 1 huge elderly man (the father), 3 hefty guys (all brothers), and a lady, all reported to belong to the Force and introduced as:

The gate of the house was locked the SARS officials were disarmed, beaten and handcuffed to the gate.

However, it was logical to believe the raiding was due to false information, and upon questioning, it was revealed that the landlord of a neighboring house was responsible for the false information.

The landlord was also apprehended and faced with the same fate as the SARS officials before the Military arrived in a Land Rover vehicle to transport all of them away.