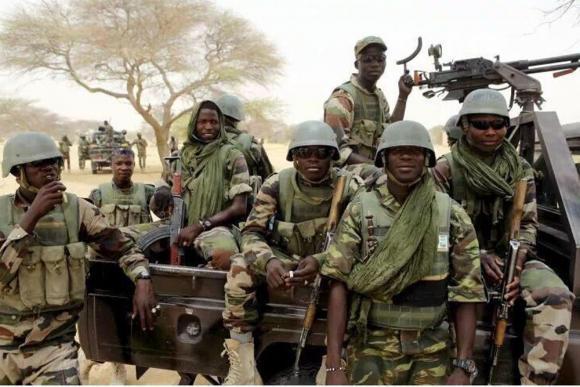 SAHARANEWS – Troops of the Nigerian army say they killed 37 bandits in an exchange of fire in Bini Maru local government area of Zamfara state.

In a statement on Monday, Clement Abiade, acting information officer of operation Saharan Daji, said six soldiers were also killed while the troops rescued 80 people who have been kidnapped.

“The troops have continued to dominate the Areas of Operation with aggressive patrols,” he said.

“Troops also maintain day and night patrols deep into the forest areas and points/routes to deny the bandits freedom of action while building confidence of the locals.

“The troops also had several encounters with bandits during the period in focus and neutralized 37 bandits. A total of 6 suspected bandits informants, rustlers, kidnappers and logistics suppliers were arrested during this period.”

Abiade did not provide details on the slain solders, but he said victims comprising men, women and children, were rescued inside Dumburum forest during the mop-up operations.

He added that the intensity and redoubled efforts in the conduct of military activities in the past months seem to be yielding tremendous successes, leading to the killing of some of the bandits, recovery of guns, ammunition and rustled cattle.