Leave Africa, they can speak for themselves – Russia… 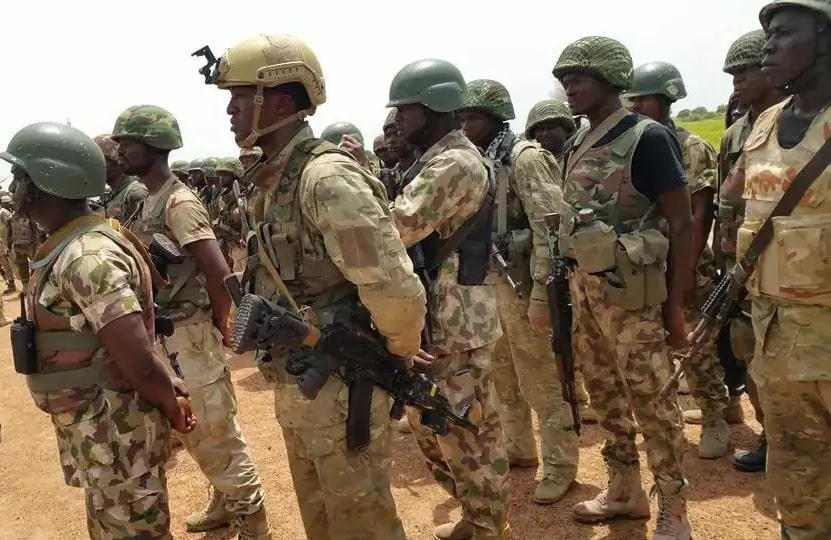 SAHARANEWS – Troops of the 159 Battalion, Geidam Sector 2, Yobe State, have threatened to abandon their duty post over alleged neglect by Nigerian Army authorities.

The soldiers in a letter addressed to the President, Major General Muhammadu Buhari (retd.), the National Assembly, United Nations, African Union, and several other organisations, complained that they had been on counter-insurgency mission in the North-East region since 2016.

According to their petition published by an online news medium, Saharareporters, the soldiers who are from 1 Battalion of the Nigerian Army in Birnin Kebbi, Kebbi State, stated that many of them had been pushed into depression as a result of the situation.

The men stated that they had participated in operations in Liberia before their deployment in Yobe, adding that they were being exploited by “insensitive superiors for personal and material gains.”

According to them, their families had been made to endure all sorts of deprivations for the past four years they had been deployed against Boko Haram terrorists in the North East.

The letter read in part, “We wish to bring to your notice that we have overstayed here in the North-East.

“We were inducted in this operation on July 10, 2016, to fight Boko Haram insurgency after spending a year in Liberia. Presently, we are covering the following locations of Dapchi, Bamari, and Kanama to Niger border.”

The soldiers further noted, “This is our fourth year in the battlefront fighting and we have not been changed from this operation. The other battalions we came with and even those ones that came after us have all been withdrawn. We are the oldest infantry battalion in the North-East, yet they don’t want to change us.

“We have complained to the Chief of Army Staff and he promised to rotate us. He even told our families the same thing but till now, nothing has been done or said about it.”

The troops noted that many of their colleagues who had godfathers were redeployed after serving between six months and one year in the North East. “But we have been forgotten because we don’t know any godfather,” they stated.

ALSO READ:  “Killing Her Was Not Intentional” Man Arrested For Raping Co-worker To Death Confesses

IRAN VS US: Trump, Pelosi React As Iran Attack US Troops In Iraq