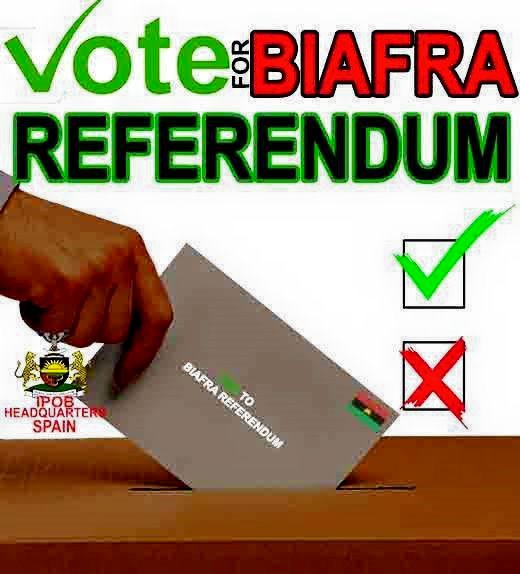 BIAFRA – More separatist groups, Biafra Government in Exile (BGIE) and the Biafra Shadow Government (BSG), have joined the Indigenous Peoples of Biafra (IPOB) to call for a total boycott of next month’s poll by Nigerians of Igbo extraction, saying participation would amount to endorsing enslavement of their race.

In a statement yesterday, the two groups said they would not participate in the February and March elections because “no government of Nigeria or administration of any arm of Nigeria’s government within Nigeria’s current geo-political space supports Biafra in any form or configuration, beginning from 1966.”

They also alleged constant manipulation of elections in the country, saying that at the end of every poll, Nigeria would always produce results and throw up winners to form a new administration, regardless of whether votes were cast or how the people actually voted.

The statement signed by Yahgozie Immanuel, BGIE communications director, and Evangelist Godspet Ijeoma Uhagiro, Head of BSG Information Directorate, reads in part: “We vehemently recommend that all Biafra citizens should adopt this stance and boycott these elections. BGIE and BSG arrived at this position on the basis that our activities are fully geared towards the restoration of the sovereign state of Biafra.

“The fact of the Biafra war and aftermath has never changed the ugly reality of poll manipulation. Adoption of electoral democracy in Nigeria starting from 1999 has not altered this truth, nor have the various pernicious exercises of state-creation by Nigeria.

ALSO READ:  BREAKING: "If Any Biafran Die As A Result Of Operation Python Dance lll, We Will Come After Your Children" - Nnamdi Kanu To South-East Governors

It is also a fact that such an administration, regardless of the conduct of the elections, will have a principled and inherent opposition to anything Biafra or any mention of Biafra, even in Biafra land. Every political party registered in Nigeria must have signed an oath that makes it the functional equivalent of a criminal and or treasonable offence to adopt Biafra as the party’s standard or platform.”

But in its reaction, the Independent National Electoral Commission (INEC) said “while it is a right of interest groups to make their views on issues that concern them known, such should be done without disrupting the peace of the 2019 general elections.” Spokesman to the INEC chairman, Mr. Rotimi Oyekanmi, who denied allegation of manipulation, said the commission was not interested in who any political party presents as candidate for an election.

“In the case of Ogun Peoples Democratic Party (PDP), INEC simply complied with a valid court ruling and it will be wrong to categorise our compliance as ‘dancing to the tune of’ any group,” he said

JUST IN: Buhari has proven to be a Disappointment – Arewa Youth