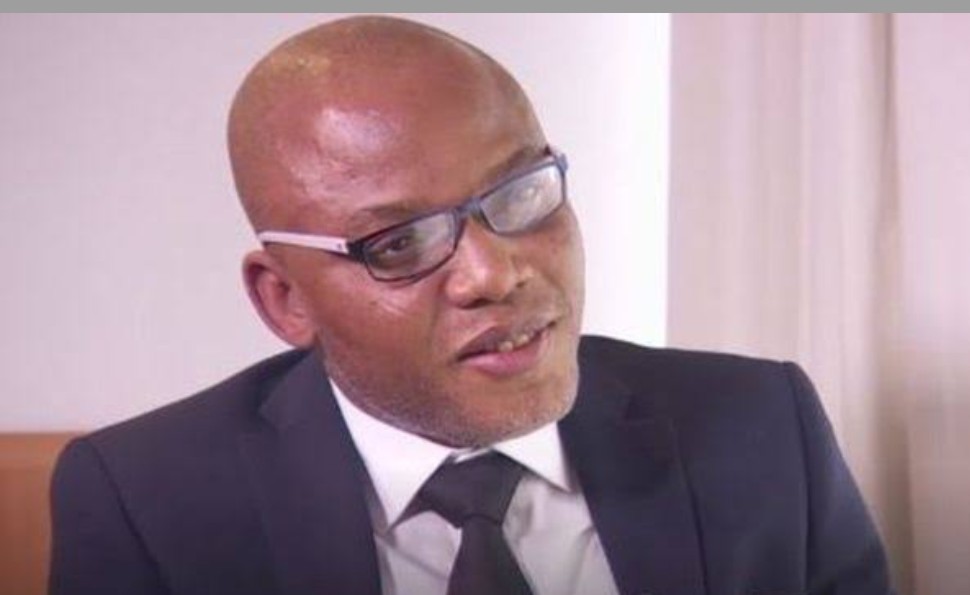 SAHARANEWS – A video of Nnamdi Kanu, the leader of Indigenous People of Biafra (IPOB) at the United States Senate floor has emerged.

The IPOB leader who is currently holding a live broadcast on Radio Biafra was spotted on podium appeared to had delivered a keynote to congress.

The podium is being crested the country’s emblem written ‘United State Senate’.

The brief video was shared by a Facebook client, Bright Max, on Wednesday evening, said “one word to the fearless man”.

According to gathered reports, Kanu has been on a diplomatic offensive to the United States last month and had granted several media chats including Voice Of America over Biafra restoration; Emeka Gift, the group’s media front disclosed.

The video, which was briefed to eleven seconds, appeared to be classified information as only image copy has been viral on social media.

IPOB leadership had earlier disclosed that some information containing the tours of their leader will be classified as the enemies would have no opportunity to get a clue on how far and dangerous the group has come.

The statement earlier credited to the leadership by Emeka Gift disclosed that he was instructed to keep some information secret including videos, texts recorded at the United Nations meeting.