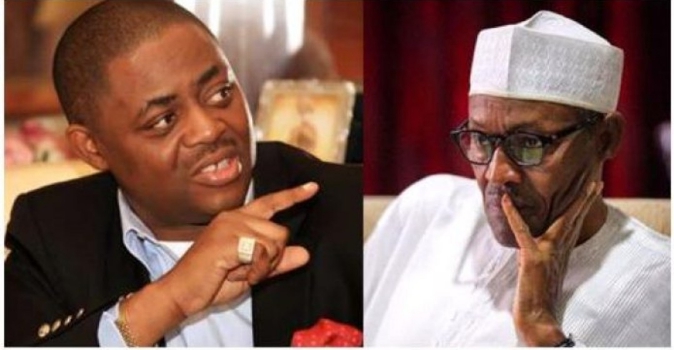 SAHARANEWS – A Former Minister of Aviation, Chief Femi Fani-Kayode has accused President Muhammadu Buhari of not doing enough to secure the release of Leah Sharibu.

He also said Christians in the country were being marginalised.

Kayode disclosed this on Tuesday while presenting a paper, titled “Good Governance in Nigeria today: A crucial role of the Church”, held at the Nigeria Bible Translation Trust (NBTT), Jos, Plateau State.

“What we can do is to go back to our churches and encourage our people that we must speak to our government and tell the government to do the right thing for people like Leah Sharibu who, as far as I am concerned, was abandoned by this government.

“I don’t believe for one minute that they have pushed hard enough for her to be freed, she was the only Christian among those girls that was not freed, and they came out boldly and said because she is a Christian she will not be freed and I expect the Government to do far more than what they are doing.More in HOME

ALSO READ:  Every Nigerian Deserves To Be Very Rich — Osinbajo

“This a blow on this government, it is a spiritual wound on this government because over a hundred million Christians in this country actually believe that if you are captured by these evil men, if you are kidnapped and carried away that they will not care about you because you are a Christian, meanwhile they care about the Muslims and ensure that the Muslims are freed, that is not acceptable and it is something that we should stand against,” he said.

ALSO READ:  EndSARS: US Soldier Ready To Invade Nigeria To Save His Mom & Dad(video)

He said Christians have been a target of Boko Haram and Fulani herdsmen who have killed women, children and the aged in the past years.

“The church has to set an example by coming together as one to encourage Christians all over the country, we have over 100 million of Christians in this country, we need a strong church and a church that does not only show, but cares.

“We must be sensitive as Christians to the challenges that Christians are facing in Nigeria, if we want peace in Nigeria, then nobody should torment, marginalize, enslave or attempt to destroy the Christian faith.

“We need to come together and urge our Government to do something in that direction to ensure that the safety and security of this country is guaranteed”, he stressed.

BREAKING: Hot And Spicy!, The Much Awaited Nnamdi Kanu App Now At Google Play Store For Free Download – Get Yours Now