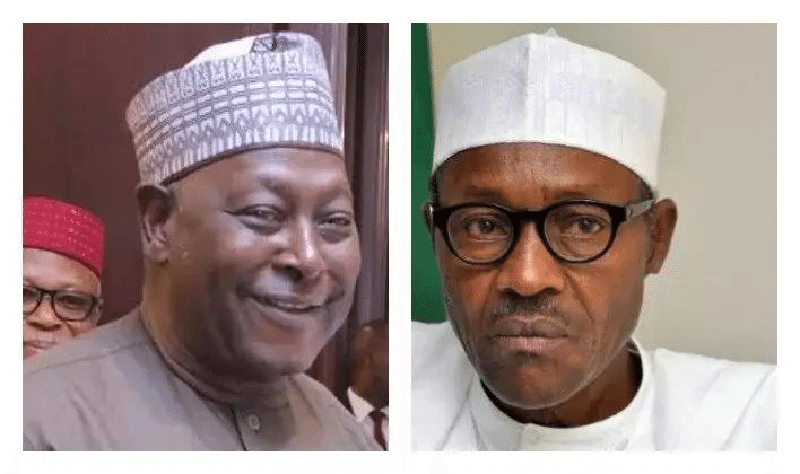 According to report, the Lady simply identified as Amina Mohammed caused a mild drama at the office of the DSS in Abuja earlier today. SaharaNews learnt that the lady accused of impersonating Mrs Buhari shocked the press and officials of the DSS when she mentioned the First lady’s sister and former SGF, Babachir lawal as accomplices in the Fraud.

Addressing journalists, Public Relations Officer of the service, Peter Afunaya, said the DSS arrested the suspect, Amina Mohammed also known as Justina Oluoha, for parading herself as the First Lady of Kogi State. He said Amina defrauded one Dr. Alexander Chika Okafor (a.k.a. Chicason) of N50million in the villa with respect to a Court of Appeal property in Lagos.

He added that Amina had promised to help him buy the property through the First Lady.  The property was said to have been part of those under the Presidential Implementation Committee on Lease of Federal Government Properties.


“She used the false identity to evade protocol and security scrutiny, thus gaining unauthorised access into the villa and particularly the residence of the First Lady and Wife of the President, Hajia Aisha Buhari,” he said. “She took advantage of the fact that personalities of first ladies, ministers and certain categories of officials are not known through rigorous protocol and security checks at the Villa posts.

“Investigations have shown that this unholy enterprise is not to the knowledge of the First Lady. What Amina simply did was to use the First Lady’s name and office as bait to lure and defraud her victims.”  The suspect, on the other hand, was crying profusely and raining curses on the first lady.