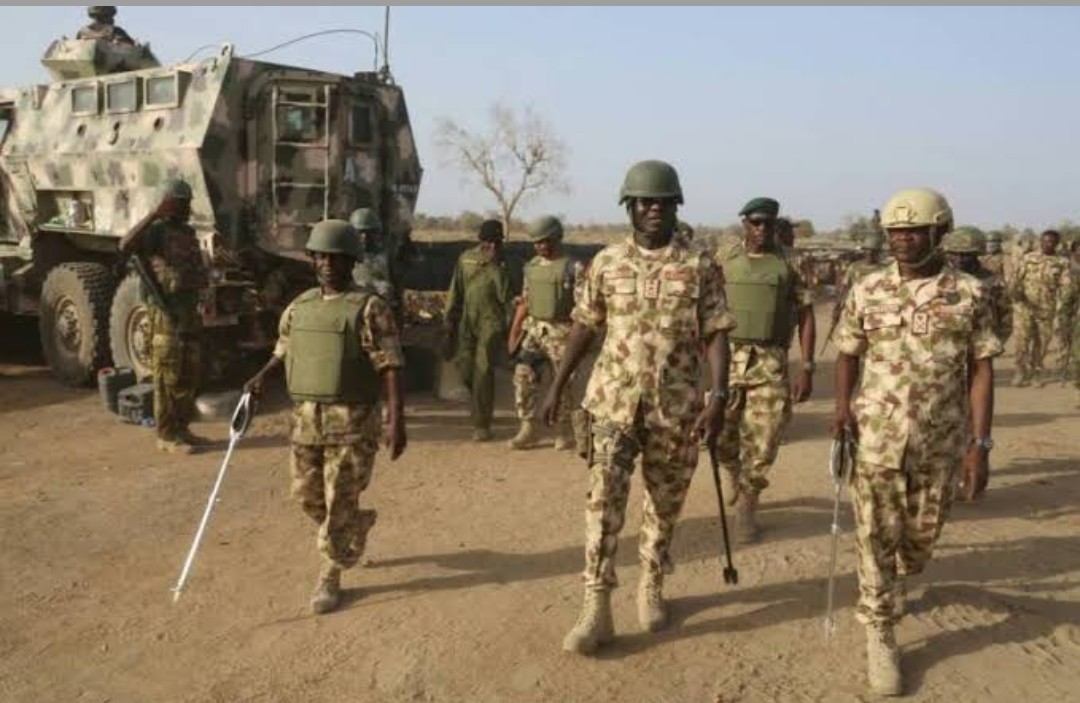 The Nigerian Army kicked off the exercise November 1st up to December 23rd, saying it aims at fishing out criminal elements across the country.
Among the worried citizens, human rights lawyer, Mr. Femi Falana (SAN), had on October 25, filed a suit against the Nigerian Army, the Chief of Army Staff, and the Attorney-General of the Federation seeking to halt the exercise.

Biafra Zionist Federation (BZF), insist the exercise was primarily to humanize innocent Igbo, across the South-East geo-political zone, where they claim soldiers drafted to the operation are already unleashing mayhem on innocent citizens in the zone.

They insist the soldiers simply harass, intimidate, extort and dehumanize Ndigbo, insisting soldiers should restrict themselves to their traditional assignments.

Piqued Falana had asked the FHC to declare the operation scheduled for November 1st to December 23rd as “unconstitutional, illegal, null and void”.
At the hearing of the matter yesterday, the Nigerian Army and the Chief of Army Staff who were listed as 1st and 2nd respondents respectively in the matter had no legal representation.

However, Falana informed the court that they were duly served and that he had spoken with their counsels on a probable date to commence substantial hearing of the matter.

The Attorney-General was nonetheless represented by Mr. Fiyinfoluwa Sobowale, staff of the Ministry of Justice.

Asking for an adjournment, Sobowale applied for a ‘suitable date’ to enable them properly respond to the issues.

Falana who insisted on the closest date possible, argued that the case was time-bound and there would be no point in the case if the parties continued with their actions while the matter is yet to be heard in court.

ALSO READ:  The Reason why our leaders fail is because they bring tbeir relatives into the system.--Dr Yusuf Datti

He asked for a status quo to be ordered and maintained.

Agreeing with Falana, Justice Rilwan Aikawa, said that due to the nature of the case, a delay would reduce the case to a mere academic exercise.
He ruled: “in view of the agreement between counsel, I hereby order the 1st and 2nd defendants to maintain the status quo pending the determination of the case.”

He also adjourned the matter to November 18 for the substantive hearing.

Reacting, a Pro -Biafra group, the Biafra Zionists Federation [BZF], asked for the immediate withdrawal of soldiers deployed for the operation across roads in the South-East zone.

They alleged unwarranted “extortion and harassment” of commuters by the soldiers involved in the exercise.

Leader of BZF, Barr. Benjamin Onwuka, alleged in a statement in Enugu yesterday, that the on-going exercise is a further subjugation of the ‘Biafran’ people.

Onwuka in his statement described

He said: “The Nigerian Government is out once again with their oppressive tendencies against the good people of Biafra land. We recall vividly all the terrible things the Army did here last year in the name of Operation Python Dance.

“Now, they have come up again, this time, with a deceptive acronym, Atilogwu Udo or whatever they call it. We don’t care about whatever name they give their attack dogs, but our stand is that their troops should be withdrawn forthwith from all our roads.

“We are already receiving disturbing reports about their activities across all the zones in our area. Drivers, passengers and innocent people are already been harassed and dehumanized, even for answering phone calls.

“We are not fighting another war, neither are Boko Haram elements residing here. We reject any form of Army invasion of our territory under whatever guise, or whatever acronym.