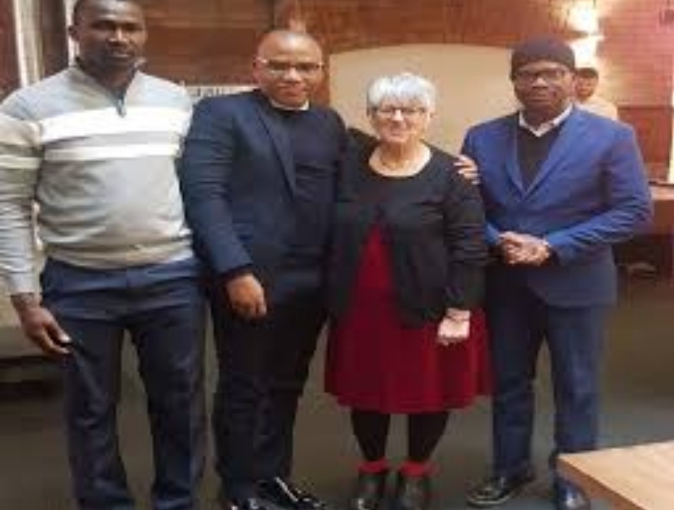 SAHARANEWS – The Leader Of Indigenous People Of Biafra, Mazi Nnamdi KANU has revealed the invitation of European Parliament to address the issue of Biafra agitation.

In a statement received by Family Writers Press from the desk of Mazi Nnamdi KANU’s official social media handle, he unvails an invitation to Brussels, Belgium.

Recall, on the early hours of Thursday August, 5 the United Nation reacted to the killing of innocent IPOB protesters across Biafra land. According to the report released, it truly indicted the Nigeria army, Govt of being aware of the unjust maltreatment and killings ongoing in South East on daily basis since 2015 till date.

Also speaking, the leader of the Indigenous people Of Biafra & director of Radio Biafra, Mazi Nnamdi Kanu said that He is looking forward to leading hardcore IPOB family members in Europe to what he described as “historic encounter”.

He Said: “I have graciously accepted the invitation of a few members of the European Parliament to address the burning issue of IPOB agitation and what a NEW BIAFRA means for Africa. I look forward to leading hardcore IPOB family members in Europe to this ‘historic’ encounter.”

According to more report obtained by Family Writers Press, Mazi Nnamdi Kanu revealed that the Venue will be at European Parliament Building, Brussels, Belgium on September 10, 2019 by 4-6pm EST.