Champions League: I want to play with Messi again, says… 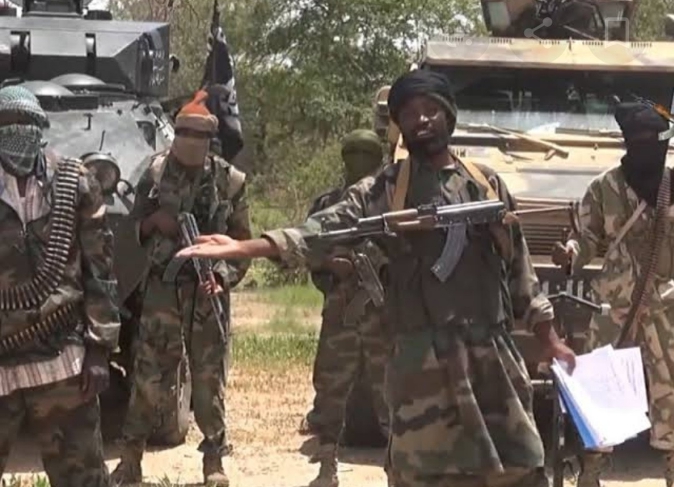 Two Local Government Areas of Gubio and Magumeri in Northern Borno Senatorial District are currently under the control of Boko Haram when the insurgents in their large number launched a coordinated attack on the communities beginning from Wednesday evening through Thursday morning without confrontation.

Houses razed as Boko Haram reclaims Borno council areas Both Gubio and Magumeri have no military presence as troops were withdrawn recently for routine operational changes as enshrined in the Rules of Engagement.

Our Correspondent gathered that hundreds of thousands of residents have been displaced while others are under the captivity of insurgents, especially those who chose not to flee the attacks. In Gubio, the insurgents on Wednesday evening invaded the Council Headquarters shooting sporadically, posing fear that scores of residents were killed and injured with setting ablaze of houses. Confirming the incident, the Caretaker Chairman of Gubio, Hon Zanna Modu Gubio said, the insurgents stormed Gubio town at about 6 pm, performed their maghrib prayers at about 6:30 pm and wreaked havoc on innocent civilians with setting ablaze houses and public structures.

The Caretaker Chairman who spoke to our Correspondent while in Maiduguri during the attack said: “It is unfortunate that a week after deadly attack which took place in Gubio that led to the withdrawal of troops, another armed insurgent stormed Gubio town at about 6 pm, performed their maghrib prayers at about 6:30 pm in Gubio Mosque before wrecked havoc on innocent civilians with setting ablaze of houses and public structures. “I am presently in Maiduguri for the swearing-in ceremony of the newly appointed Commissioners, and all of a sudden, I started receiving distress calls that my people are under Boko Haram attack.

Although I cannot give you the actual number of casualties for now, from all indications and the reports I have so far, the insurgents have taken over Gubio shooting at sight and burning structures without confrontation, Gubio lamented.

Also in Magumeri, the insurgents, before taking over, succeeded in razing down the Council Secretariat, other public structures and residential houses including that of the Member Federal House of Representatives of Gubio, Magumeri and Kaga Federal Constituency, Hon. Usman Zannah

Speaking to our Correspondent on Thursday Morning, Hon. Zannah who represent the constituency at the lower chamber said, Two Local Government Areas of Gubio and Magumeri where I hail from have been overrun by Boko Haram.

ALSO READ:  How we killed terrorist masquerading as mourner in Imo — Police

As I speak, all good houses in Gubio and Magumeri have been set ablaze including my House and the Council Secretariat.

My people have been displaced, and there is nothing we can do than to bring survivors into Maiduguri. “It is unfortunate that the insurgents took advantage of troops withdrawal from the affected areas and wreaked havoc without confrontation.” Vanguard Related I7 civilian, scores of insurgents killed in Borno attack October 9, 2015 We ran helter-skelter as heavily armed Boko Haram fighters overwhelmed our military escorts July 30, 2017 Scores feared dead as troops repel Boko Haram terrorists in Maiduguri March 16