DSS officers from south banned from getting close to Nnamdi… 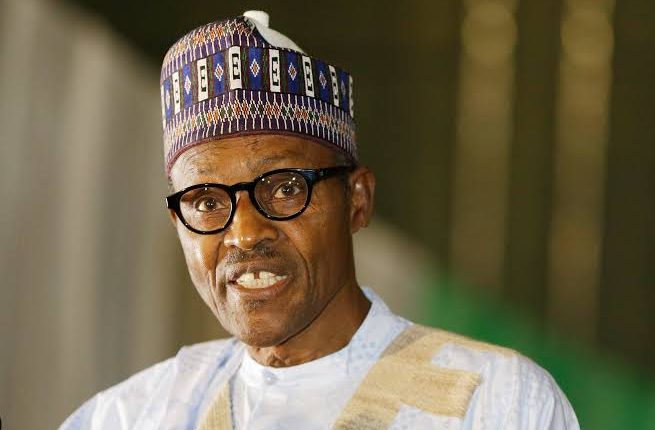 President Muhammadu Buhari, yesterday, reiterated the resolve of his administration to crush terrorists, bandits and other criminals creating security challenges in the country.

To this end, the president, has ordered the nation’s Armed Forces and other security organisations to deal decisively with any person or group undermining efforts at achieving sustainable peace, security and stability in the country.

He also assured that the country would ultimately prevail in the fight against all forces of evil.

Speaking at the palace of Sultan of Sokoto, Muhammad Sa’ad Abubakar III, President Buhari in a statement by his Special Adviser on Media and Publicity, Femi Adesina, said: “I gave them specific orders not to spare any bandit or terrorist threatening the lives and property of innocent Nigerians.”

The president commiserated with the government and people of Sokoto over the recent loss of lives and property following  attacks by bandits and other criminal elements.

ALSO READ:  I Am Not A Terrorist, I Love Christians — Pantami

He assured the people that he remains unrelenting in his resolve to put an end to heinous criminal activities in the state and other parts of the country.

The President wrote in the visitors’ register: “My condolences to the Sultanate, the Government, and people of Sokoto State over the recent mindless killings by bandits and terrorists. Nigeria shall win the battle over evil.”

Governor of Sokoto State, Aminu Tambuwal and the Sultan thanked the President for the show of sympathy assuring him of continued support towards peace and stability in the country.

Meanwhile, in a bid to address soot and other environmental pollution caused by artisanal refining activities in the Niger Delta, the presidency has called for the review of the Petroleum Refining Regulations of 1974.

Rivers State Governor, Nyesom Wike had last December accused the Federal Government of inaction towards the hydrocarbon soot bedevilling the state caused by the illegal activities of artisanal refiners.

But in the resolutions reached at the end of the stakeholders’ emergency meeting convened by the Senior Special Assistant on Niger Delta to President, Senator Ita Enang, it was resolved that there is the need for the Federal Government to consider and approve the implementation of the recommendations of the report of the National Summit on the Integration of Artisanal/Modular Refinery Operations into the In-Country Oil Refining Programme of the Oil and Gas Sector to address the issues of environmental pollution amongst others.

According to stakeholders, there is also the need for various organisations that have the crude oil refining technology to interact with Nigerian Midstream and Downstream Petroleum Regulation Authority (NMDPRA) for them to make presentations on their available technologies, for regulations within the law.The team should further engage with the bodies of artisanal refining representatives to review the current state of affairs and proffer solution to the environmental and economic challenge, amongst others.

“That engagement be made with the governors and governments of impacted states as well as other sub-national structures for a further solution to the challenges, to curb re-pollution by the models adopted by the sub-nationals.That there is the need for the review of the Petroleum Refining Regulations of 1974 and other relevant laws to accommodate the establishment of artisanal refineries.”