NNPC has announced no oil money for federal, state or local…

JUST IN: Again, soldiers on the run as Boko Haram takes… 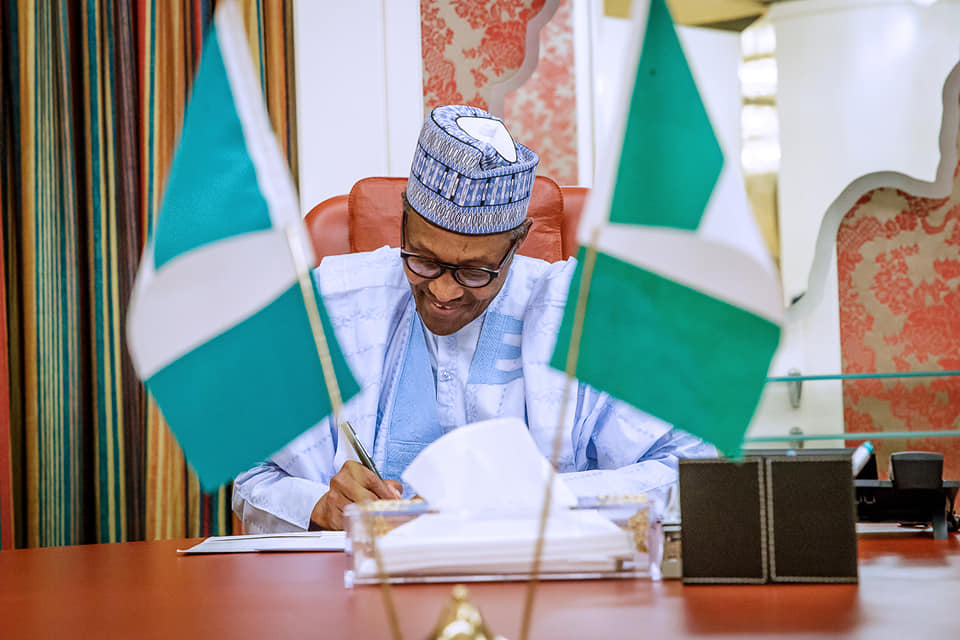 This was in reaction to a report circulating in the media that President Muhammadu Buhari had assign portfolios to the 43 Ministers designate.

SaharaNews observed Thursday night a purported list from the Presidency on WhatsApp, assigning Ministries to the incoming Ministers.

From the purported list, Babatunde Fashola’s former Ministry was split into three with the former Minister retaining Ministry of Power, while that of Housing and Works went to two fresh Ministers.

Similarly, Ministry of Information and Culture was split, with former Minister Lai Mohammed retaining the Information Ministry and losing out on Culture. This is just as Rotimi Amaechi returned to the Ministry of Transportation.

Also, Festus Keyamo was assigned Minister of Justice and Attorney General of the Federation, while the erstwhile AGF, Abubakar Malami was named Minister of Interior.

While Adamu Adamu retained the Education Ministry in the purported list, Chris Ngige was returned as Minister of Labour and Employment.

Reacting, however, Bashir Ahmad, Special Assistant to the President on New Media, said the trending list was false and totally untrue.

He added that the President would assign portfolios to the Ministers designate upon their inauguration as Ministers of the Federal Republic.

“So someone makes a list of Ministers-designate and assigned portfolios for them. The assigned list is now trending on WhatsApp as usual.  Disregard any list pls. Portfolios will be announced by Mr. President after their inauguration as Ministers of the Federal Republic of Nigeria”, Ahmad wrote on his verified Twitter handle.

He, therefore, advised the general public to be wary of such “false information” and disregard subsequent updates not from the Presidency’s official media handles.