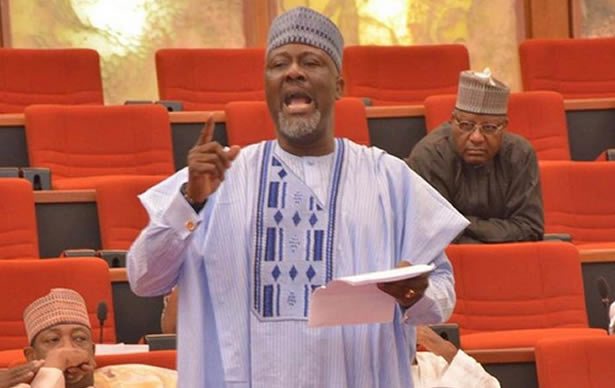 Senator Dino Melaye, representing Kogi West Senatorial district, has been appointed as the director in charge of civil societies and Non-governmental Organisations (NGOs) and campaign spokesperson of the Peoples Democratic Party (PDP).

The appointment was made by the National Executive Council of the opposition party on Thursday, November 29.  He was appointed alongside other 154-member campaign councils.    Reacting to the appointment, Melaye, on his official Twitter page expressed gratitude to the party, assuring it of victory in the forthcoming 2019 general elections.  He wrote: “

you PDP for my appointment as Director incharge of Civil Societies/ NGO’S and Campaign Spokesperson in the PDP Presidential Campaign. We shall usually overcome.  “Light will always rejoice over darkness. Power to the People.”

2019 ELECTION : The blood baths in Biafra land occasioned Nigeria government is still fresh on our minds – IPOB replies those telling them to forget election boycott

BUHARI DOUBLE : A critical look at Nnamdi Kanu’s claims and the disturbing facts that are available