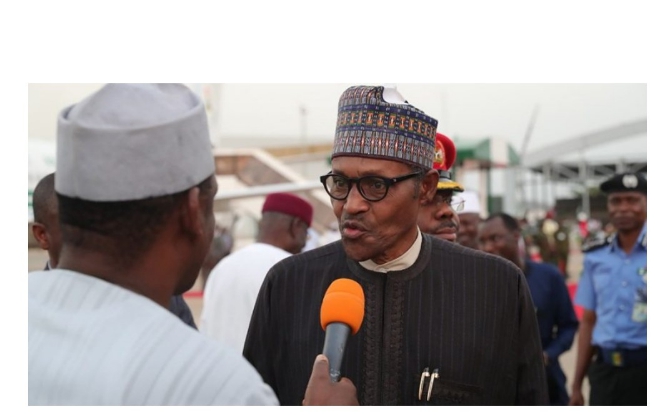 SAHARANEWS – President Buhari has said that he has not and will not disclose the names of those who will be part of his cabinet in his second term that will begin on May 29th.

President Buhari said this this while fielding questions from newsmen, upon his arrival from London where he had spent 10days on a private visit.

When asked what caliber of persons are to be seen in his new cabinet, the president replied;
”I won’t tell you.”

He, however, expressed readiness to settle down and swear in the new cabinet.

When asked what his government is doing to address the security challenges across the nation, the President said;
“I have just seen the IG, I think he’s losing weight, so I think he is working very hard”.

JUST IN: I Am Not Surprised At What Akpabio Is Going Through Right Now, His Political Career Died The Day He Joined APC, This Is Just The Beginning – Ex-Minister