Nigerians rate the APC’s chances in 2023 and the…

JUST IN: Igbo Assembly kicks off against 2019 general elections 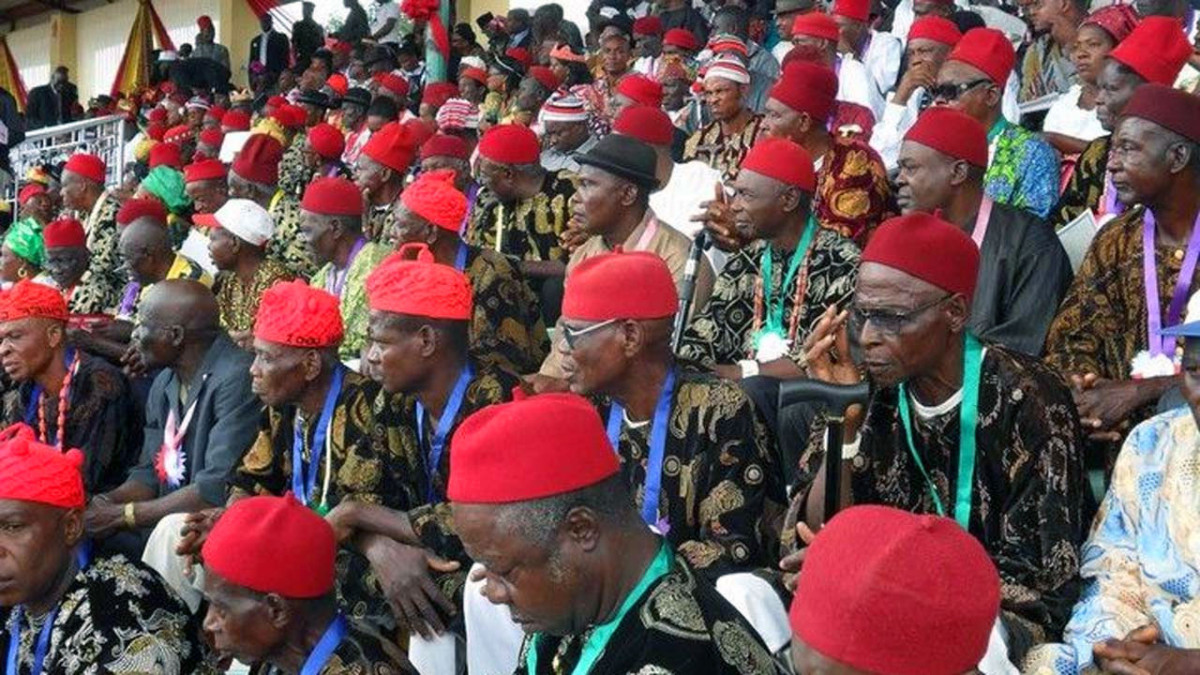 Leaderships of the key Igbo organisations at home and abroad, under the aegis of Ndigbo Consultative Assembly, NCA, has called for the postponement of the 2019 general elections, due to the imperfections in the 1999 constitution.

The group however, recommended establishment of a transitional government, pending when the constitution is reconfigured to pave way for regional government as was the case before the first military intervention in 1966. NCA which comprises of 10 Igbo associations, seeks to protect the interest of the Igbo nation in the Nigeria federation.

Rising from a three-day emergency retreat held recently, NCA considered a lot of factors, particularly what it termed, “the gathering storms over Nigeria, reminiscent of the circumstances that precipitated the catastrophes of 1966-1970,” and recommended, “the deferment of further national elections in 2019 that will be premised upon the rejected 1999 constitution. It rather recommended also “the initiation of an orderly transition process that will take the entrapped nationalities out from the present precarious reality of imposition, to a stable, negotiated future.”

Other groups, particularly, the pro-independence ones, embarked on more radical agitations towards achieving the same end. In seeking to distill common grounds among the various groups, streamline their prescriptions and arrive at a consensus that will frame a viable response mechanism, this emergency three-day consultative meeting involving the leaderships of major Igbo organisations home and abroad, became imperative,” the group said. NCA further said that after a thorough review of different positions being advanced by various Igbo organisations, two dominant tendencies in response to the current Igbo situation in Nigeria were identified.

“A wing of the pro-independence groups frames their agitation as Biafra restoration and Biafra actualisation; both seek immediate secession from the Federal Republic of Nigeria. “There is also the self-determination campaign by the Lower Niger Congress, LNC, for the greater eastern Nigeria. It framed a constitutional reconfiguration of the Nigerian union, which will include a self-determination referendum, with an outreach to the non-caliphate rest of Nigeria, seeking a consensus around the outright rejection of the fraudulent 1999 Constitution as the basis of Nigeria.

ALSO READ:  Ondo Election: There Is Gang Up Against Us – APC Spokesman.

“In summary, the two dominant tendencies in Igbo land include regional autonomy, variously defined, within the federation of Nigeria, and outright independence for the territory. This necessitates the institution of a mechanism to determine the true wishes of the majority of the people. It is noted that the two groups are agreed on the abrogation of the imposed, fraudulent 1999 constitution of the Federal Republic of Nigeria.

The two groups also agreed that no further national elections anchored on 1999 constitution should take place,” it said.