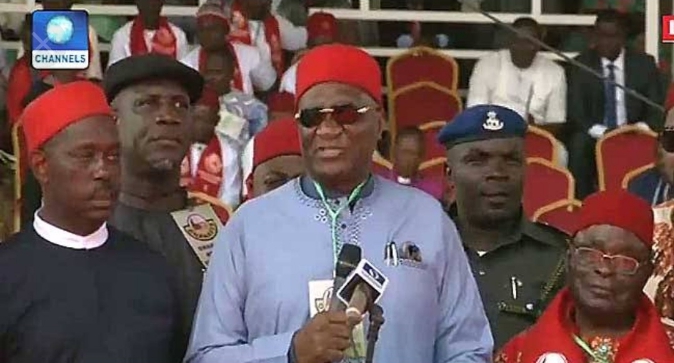 SAHARANEWS – The leadership of Ohanaeze Ndigbo Youth Council Worldwide, on Wednesday, reacted to the alleged negotiation between federal government and the leadership of Miyetti Allah Cattle Breeders Association of Nigeria (MACBAN) to end kidnapping and killings in the country.

Following the meeting between MACBAN and a delegation of the Federal Government last week, reports had it that government planned to release the sum of N100bn to the group to set up cattle ranges.

Reacting, Ohanaeze in a statement by its President General, Mazi Okechukwu Isiguzoro, expressed surprise over the federal government’s negotiation with Miyetti Allah over insecurity in the country.

ALSO READ:  We may have 50% invalid registrants for 2023 polls because of court verdict, says INEC

They further called on the federal government to also dialogue with Biafra agitators who it said were not violent like the herdsmen for Actualisation of Sovereign States of Biafra (MASSOB) and other Biafra agitators to end the Biafra agitation.

The group urged President Muhammadu Buhari government to take advantage of 30th of this month when the Biafra agitators will be celebrating Biafra day as an opportunity to dialogue with the agitators.

The statement read: “We are surprised on the meeting between Federal Government represented by Minister of Interior Abdul-Rahman Dambazau and the leadership of Miyetti Allah Cattle Breeders Association of Nigeria (MACBAN) where a huge carrot is thrown to the herdsmen group to help stop kidnapping and tackle insecurity and clashes between Herdsmen and farmers.

“The Federal Government should also extend the same gesture of N100bn to The leadership of Massob and Ipob. What is good for the goose is also good for the gander.

“As Biafrans are celebrating the May 30th Remembrance day, the Federal Government has the opportunity and visible channel to negotiate with the leadership of MASSOB and other Biafra agitators.

“Reaching out to Biafra agitators are imminent to scuttle the mayhem likely to occur over the killings of Igbo’s in the North by Armed herdsmen and bandits.

ALSO READ:  Biafra said to me that soon he Nnamdi kanu will be free and freedom of Biafra will be free.(Watch Video)

“It’s on record that about 167 Igbo have fell victims of Armed herdsmen and bandits in North West and East in the last few weeks, tension is building up in the South East ahead of May 30th Biafra remembrance day, Presidency should give Biafrans N100bn to avoid reprisal attacks.”