We moved Dino Melaye to DSS facility for further medical… 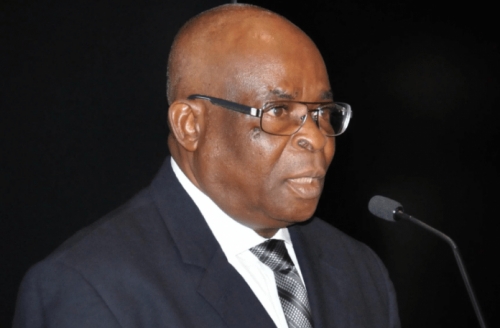 SAHARANEWS – Suspended Chief Justice Of Nigeria, Walter Onnoghen,has revealed why he resigned from his position.

SaharaNews had reported that Onnoghen resigned on Thursday evening, months after resisting.

He was alleged to have failed to declare some assets traced to him.

However, this did not happen until a recommendation by the National Judicial Council (NJC) to President Muhammadu Buhari suggesting his compulsorily retirement for the alleged misconduct.

Stating why he bowed out, his lawyer, Adegboyega Awomolo, (SAN), said the top jurist decided to quit because of the judiciary.

“I have just spoken with him. He confirmed to me that he resigned yesterday. He said he resigned in the interest of the judiciary,” Mr Awomolo was quoted by Sun Newspaper as saying.

SaharaNews gathered that the action of Onnoghen, who is expected to retire by 2020, might also be viewed as a step not to miss the entitlements due to him as a public servant if he was dismissed, even though the president will need a two-third majority of lawmakers at the upper legislative chamber to oust him, a task Buhari might not achieve with the present 8th Senate.

The high ranking jurist is entitled to a N2.5 billion cash, a house for him in Abuja, N100 million for furnishing, a number of domestic staff and sundry allowances for personal upkeep — in addition to a severance gratuity that is 300% of his annual basic salary of N3,363,972.50, as well as pension for life.

Onnoghen is facing a six count charge of non-declaration of assets slammed on him by the federal government led by Buhari.

ALSO READ:  'I Have Given Army All the support they have Needed'—Buhari Reacts To Killing Of 43 Farmers By B'Haram In Borno.

SaharaNews recalls that he recently closed his defense at the Code of Conduct Tribunal (CCT) with judgement expected to be delivered on April 15.

JUST IN: More Trouble For Okorocha As 7 Parties Ask Court To Stop INEC From Issuing Certificate Of Return To Him