2023: Orji Kalu Has What It Takes To Lead Nigeria To Greater… 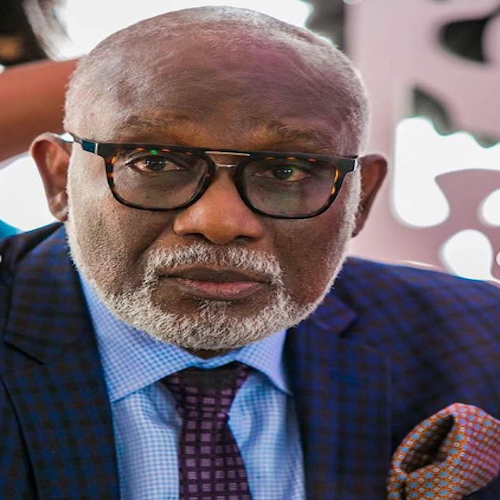 Chairman of the South-West Governors Forum and Governor of Ondo State, Rotimi Akeredolu, has said modern equipment should be provided for the Nigerian military to help in their fight against insurgents and other criminals in the country.

The governor also called for multi-level policing system as the best way to secure the country, adding that the issue of state police has become more necessary than ever.

Speaking at the state’s Christian service in commemoration of the 2021 Armed Forces Remembrance Day celebration on Sunday, Akeredolu lauded the Nigerian military counter-terrorism efforts aimed at ridding the country and the state of criminal elements.

He equally appreciated the support and commitment of the military in securing the state and confronting kidnappers and other elements who are troubling the peace of the state.

He said there must provision of better ammunition and welfare for security agencies so that they will be encouraged to do better.

The governor implored security agents not to rest on their laurels, stressing that despite their concerted effort, criminality has not abated in the state and the country at large.

He said, “Apart from prayers, as individuals, we should empathise with the widows and dependants of our fallen heroes and one major way of doing this is to donate generously to emblem appeal fund by buying these emblems.

“For the benefit of doubt, let me emphasise that proceeds of the ‘Emblem Appeal’ is for the Nigerian Legion, for the welfare of the ex-servicemen and the dependants of the fallen heroes.”