HANDOVER IT TO ME YOU ARE SAFE:Believe In Nigeria, We Can… 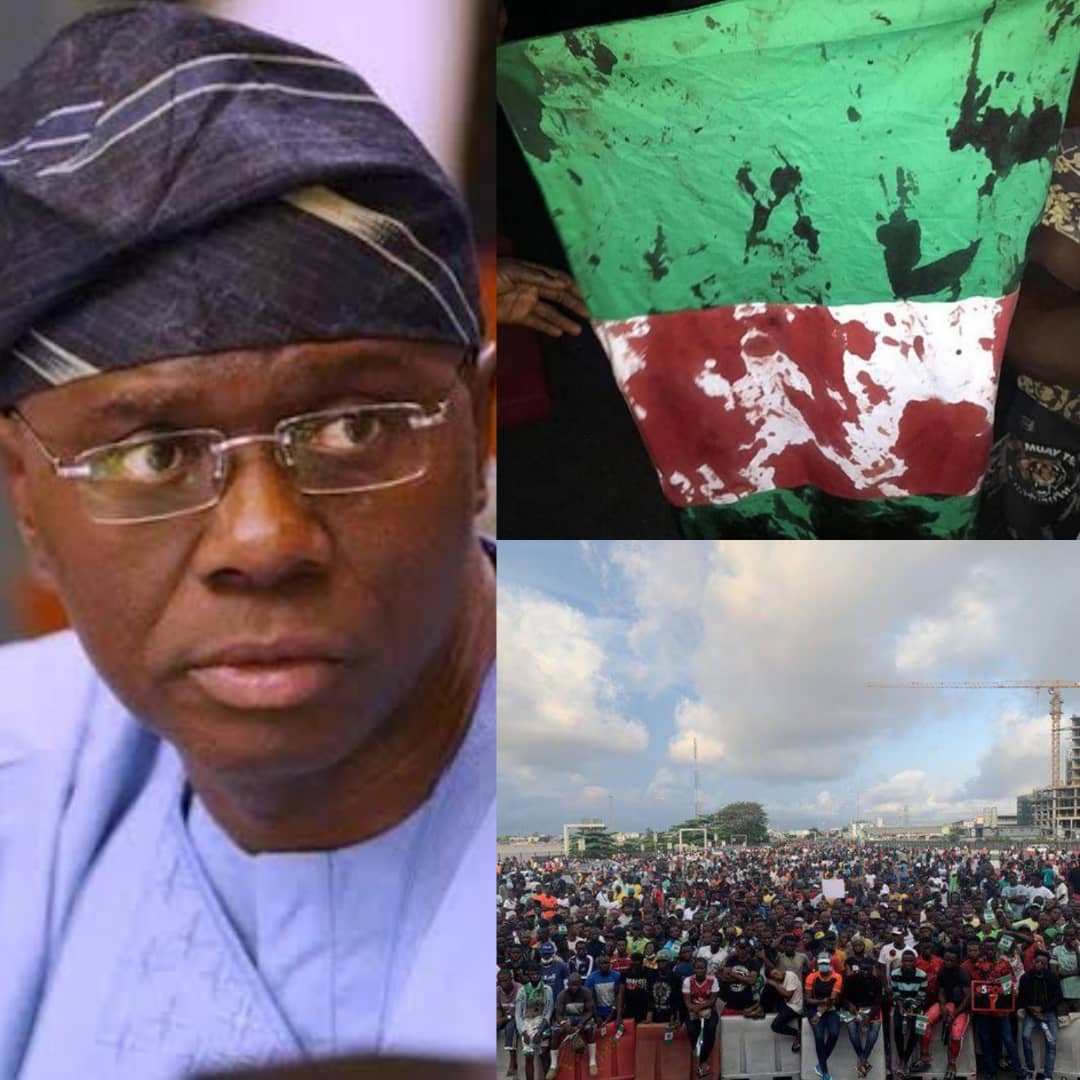 The Nigerian Bar Association (NBA) has condemned the shooting of #EndSARS protesters by soldiers in the Lekki area of Lagos State.

NBA President, Olumide Akpata, faulted the incident in a statement personally signed by him on Tuesday hours after the incident.

A team of armed security personnel had stormed the Lekki toll gate – where a series of protests had held peacefully – and fired live bullets at a crowd of youths there.

“The Military High command is hereby requested to immediately identify and name the officers involved in this gross professional misconduct for immediate prosecution and dismissal in line with extant laws,” Akpata said.

ALSO READ:  Tinubu's Supporter Vehemently Refuses To 'Buy What She's Selling'. This Tells You ALL You Need To Know About Their Candidate.

He added, “The NBA shall immediately commence legal proceedings at all relevant fora – both locally and internationally – against the Nigerian Military and other relevant authorities, on behalf of the families of the victims, for abuse of power, disregard of rules of engagement and the infringement of the fundamental rights (including the right to life) of the affected citizens.”

Akpata explained that given the degenerating nature of the crisis, an emergency meeting of the National Executive Committee of the NBA would be convened within the next 48 hours.

According to him, the meeting is to review the state of the nation and take other appropriate steps to decisively deal with the situation and prevent Nigeria from further going adrift.

The NBA president described the shooting as an act of recklessness and lawlessness by the security apparatus of the government.

He stressed that based on reports available to the lawyers, it appeared to have been a carefully calculated and premeditated attack.

Akpata argued that even if the Lekki #EndSARS protesters were in breach of the curfew imposed by the Lagos State government, such a misdemeanour did not warrant the use of live ammunition by the military to confront peaceful, unarmed and defenceless protesters.

He stated that Tuesday’s events should never be seen or considered as normal in any democracy in any country.

“The NBA believes that the current situation in the country calls for dynamic leadership and, as critical stakeholders in the Nigerian project, invites the President of Nigeria and others in authority to show uncommon leadership in saving the situation, instead of deploying troops against defenceless citizens whom they swore an oath to protect,” the NBA president said.