#Buhari Government Gets Information Before Terrorist… 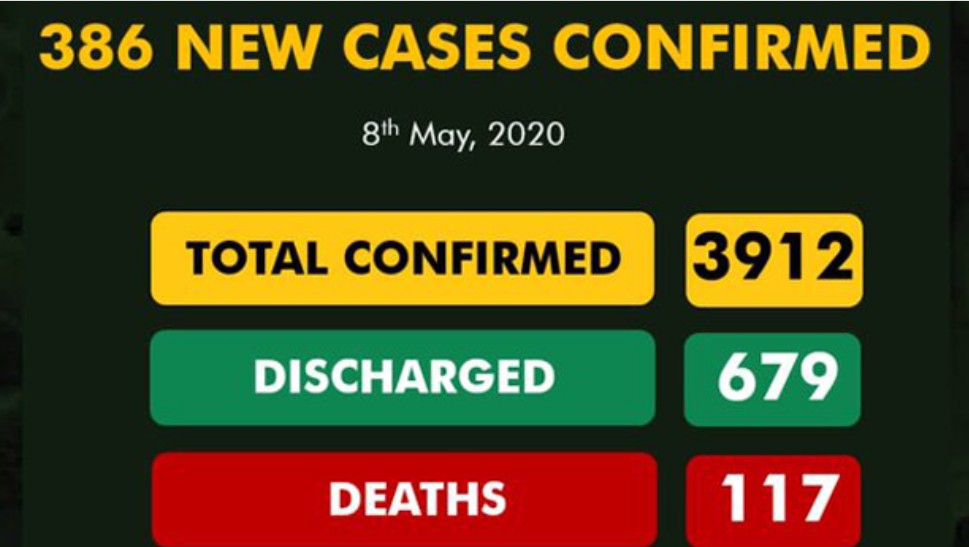 This is the highest number of new cases recorded in a day.

The NCDC also noted that 679 of the 3,912 cases have been successfully treated and discharged, while 117 cases have resulted in deaths.

Earlier on Friday, the Secretary to the Government of the Federation (SGF), Boss Mustapha, said that isolation and treatment centres in the country are running out of bed spaces.

“We have received reports from the states, which suggests that the treatment centres are running out of bed spaces,” Mustapha, who is also the Chairman of the Presidential Task Force on COVID-19, said.

“As we assess the situation, the PTF shall also begin to examine our peculiar circumstances, modify the strategies for care management, and consider viable alternatives, where necessary. At the appropriate time, the guidelines and protocols shall be unfolded.”

The novel coronavirus has killed at least 271,780 people since the outbreak first emerged in China last December, according to a tally from official sources compiled by AFP at 1900 GMT on Friday.

The tallies, using data collected by AFP from national authorities and information from the World Health Organization (WHO), probably reflect only a fraction of the actual number of infections.

Many countries are testing only the most serious cases.

The United States recorded the highest number of new deaths with 1,257, followed by Britain with 626 and Brazil with 610.

The country with the highest number of deaths compared to its population is Belgium, with 74 fatalities per 100,000 inhabitants, followed by Spain with 56, Italy 50, Britain 46 and France 40.

Please note that due to corrections by national authorities or late publication of data, the figures updated over the past 24-hour period may not correspond exactly to the previous day’s tallies

Tension In Delta Community As Angry youths Reacts To The Killing Of Vigilante Leaders By Herdsmen, Storms Fulani settlement