BREAKING: Once you join APC, you become righteous and your…

We may have 50% invalid registrants for 2023 polls because… 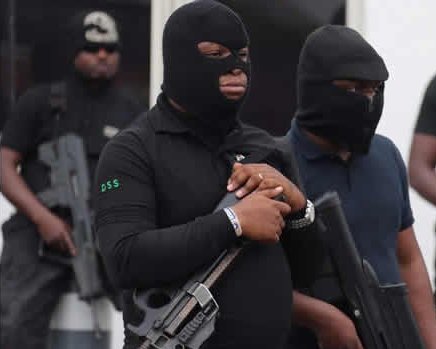 Nigerians on social media have criticised the Department of State Services for failing to arrest the All Progressives Congress acting Deputy National Publicity Secretary, Yekini Nabena, over a claim he made that a governor from the North-West is behind banditry in the region.

Nabena made the claim while responding to a protest organised by the Peoples Democratic Party calling for the release of the then abducted students of Government Science Secondary School, Kankara, Katsina State.

Nabena said he kept the name of the North-West governor as a secret because of the sensitive nature of the intelligence report.

He further alleged that the increasing spate of banditry in the North-West was politically-motivated and was exacerbated by the alleged sponsorship of the governor in question.

There are seven states in the Northwest and five of them are under the APC control. They are; Kaduna (Nasir El-Rufai); Kano (Abdullahi Ganduje); Katsina (Aminu Masari); Jigawa (Badaru Abubakar) and Kebbi (Atiku Bagudu).

Most Nigerians, however, wondered why the DSS was quick to arrest Obadiah Mailafia, a former Deputy Governor of the Central Bank of Nigeria after alleging that a governor from the North is the leader of Boko Haram but has refused to arrest Nabena days after his statement.

They accused the secret security agency of being biased.

Echoing the same line that mailafia made and DSS came after him, then a radio station was fined #5million!
Lai Mohammed over to you!

Where is the DSS that invited Mailafa when he said this? Buhari is also one of their sponsors! Come and arrest me!

When someone said this, SSS invited him.

Now you idiots are disturbing us with fake news, your government is the main supporter of banditry and terrorism. https://t.co/PaSL9KMNhq

Please enough of all these hanky panky games. If you know and have facts that a Gov is behind this menance, why not invite the person and investigate thoroughly to get to the root of the matter. If you can’t do the needful then you are an accomplices as well. @OfficialAPCNg https://t.co/ESsd3MuTcI

But the same APC party maligned the former CBN manager who made this same accusation early this year. Shouldn’t this present accusation start with apologies to that man?#positionpapers#APC https://t.co/is6dfcAHJK

Where is the DSS that invited Mailafa when he said this? @MBuhari is also one of their sponsors! Come and arrest me! https://t.co/Pnguh40TL8

A former CBN deputy gov, Obadiah Mailafia, said on @NigeriainfoFM that a Northern gov was a Boko Haram commander. The station was fined N5m by NBC while Mailafia is still under probe & has lost his job at NIPSS. Today, APC spokesman has said the same. What will happen? Nothing https://t.co/zDaDQJRXry