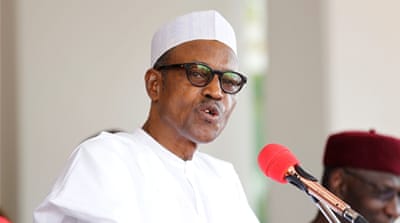 VIRTUALLY everywhere in the world now democratic nations seek to add electoral value to the democratic process by the phenomenon of pre-election political debates. Quite less frequently, aspirants battling to secure the candidature of their political parties debate between or among themselves in the build up to intra-party primaries. And more often than not they do so also now as ‘candidates’ of their parties, especially at gubernatorial and presidential levels.

President Muhammadu Buhari “Men working from notes inside their heads” was the metaphor America’s language maven William Saffire used to describe a typical two-man presidential debate, where candidates attentively answer impromptu questions and also make instantaneous, off the cuff rebuttals to bare-knuckle charges. It is believed that this pre-election phenomenon gives the electorate an opportunity to be informed so that they, in turn, may make ‘informed’ choices at the polls when they vote. Said Saffire: “Modern debates allow an audience to size up two candidates under the same pressure at the same moment (so as) to reach judgement on which person seems more trustworthy or (more) in presidential command”.

But whether or not pre-election presidential debates have always achieved these acclaimed ends has been – itself – a subject of intense debate since 1858 when the phenomenon was ignited by a little-known Illinois lawyer, Abraham Lincoln, who was said to have challenged his local senator, Stephen Douglas, in a series of seven controversial debates in a bid to replace him. And although Lincoln lost the election, the debates had ‘elevated his national stature and set him up for a successful presidential run against Mr. Douglas two years later’.


Now whether or not Lincoln or Douglas won those debates must also have been a subject of debate, because the phenomenon of impartial, independent rating was not available to attend to those encounters. Which is not to suggest that with their existence today, outcomes of political debates, even in the so-called bastion of democracy itself, America, are no longer debatable. Because they still are. Or at least as recently as 2016, they were, in spite of the clear verdicts of independent rating institutions,

Trump and his supporters had claimed rancorously that he won at least two of the three debates he had with Mrs. Clinton. Nor were all rating institutions unanimous that he did not. And so as ‘beauty’ is said usually to lie ‘in the eye of the beholder’, so is victory in a political debate nowadays, often more in the ‘subjective’ mind of those who have listened to it, than in the ‘objective’ verdicts of so-called independent polling institutions –no matter how impartial we may think they are.


This will still be so even if we can prove that those who privately or institutionally rate others have not brought their biases, prejudices and sentiments to bear on their verdicts. Most verdicts, especially of keenly contested debates, cannot possibly be free from the elements of subjectivity – no matter how infinitesimally so. Yet many self-acclaimed impartial rating institutions are known even to be unable to demonstrate their vaunted impartiality.

For example rather than announce Trump’s triple defeat or emphasize Hillary Clinton’s three-times trumping of Trump, some of these institutions preferred accentuating and even praising the fact that Trump’s performances in the debates had ‘exceeded expectation’ -as if the object of the debate ab initio, was to know by what low or high margin he would lose to Hillary. And so, deciding who wins a political debate or who has lost one is not the only problem with political debates.

Agreeing on who should be trusted to organise and conduct them is even more major. And so, if even independent, so-called impartial polling institutions cannot be trusted to be objective in their assessments of who has won or lost a debate, what institutions are there with the most minimum potential for bias that can be trusted by all candidates and all political parties to organise, set criteria for and conduct a presidential debate?

As we can see again, even in this so-called bastion of democracy itself, America, this species of trust remains grossly at a premium because serious-minded political parties will not risk investing it in any other than themselves! Presidential debates in America are solely the prerogative of a bi-partisan body, called ‘Commission on Presidential Debate, CPD which is jointly owned and run by the country’s two major political parties, the Democratic and Republican Parties. Established in 1987, the Commission on Presidential Debate, CPD is staffed almost equitably by members of the two political parties and jointly headed too, by their chairmen who mutually by themselves set the criteria for, organise and conduct pre-election presidential debates.


This is so as to eliminate any possibility for the subtlest manipulation of the rules or substance of the debate by any persons or groups in favour or disfavour of any candidate or political party. And so if the question arises, ‘who should conduct a debate trustworthy enough to be attended?’ America’s Republican and Democratic parties have answered it: ‘Us’! If it is not owned and conducted by us, it will not be attended by us!

The morale is clear: Who should own the debate-organising body? Us! Who should set criteria for the debates? Us! Who should organise the debates? Us?’ The CPD only invites credible media anchors from the outside to conduct these debates using questions mostly transparently sourced from the public to avoid the allegation of bias in their selection -including sometimes the possibility of bias in the manner that they are either couched or even asked. Generally, in the United States attendance of CPD-organised presidential debates is neither a right that candidates of all political parties may claim, nor is it a duty that they are all obligated to discharge. It is a privilege that has to be earned by all candidates –including those of the two major political parties.

Being privately-organised, the chance to participate is made contingent upon a rule that only candidates of the Republican and Democratic parties –given their sizes- are preeminently opportune, always to qualify for. Qualification is a 15 percent minimum threshold of support a candidate must have in any five national opinion polls in the run up to the debates. Thus, there is always room for a ‘third-party’ candidate participation from among the many small issue-based political parties that abound in the polity, provided that such candidate meets the 15 percent requirement.

It was on meeting that threshold that the Texas billionaire and Independent candidate, Ross Perot, joined Bush Senior and Bill Clinton, in 1992, on an interesting threesome-debate after he was said to have also led these two preeminent candidates in a historic early public opinion polls. It was unthinkable that any candidate of minor political parties could do that; let alone an Independent candidate. This highly restrictive criterion for participation in the CPD-organised presidential debate was once challenged in court by some of the smaller parties who claimed that it was discriminatory against them. But a District Court judge dismissed the case on the grounds that the ‘Commission on Presidential Debate’ is not a public forum and that the defendants – namely the Republican and Democratic parties who control it- are private entities engaged strictly in a private activity.


In other words, the court was suggesting that other parties too were free to create their own debate commissions, organise their own debates, set their own criteria, invite their own participants and conduct their debates however they wished. As candidates have no right to participate in debates organised by other than themselves, so have others no right to impose on candidates the obligation to attend particular debates.

KILLING OF INSPECTOR OF POLICE : A clear case of intimidation and victimization – Group tells IGP