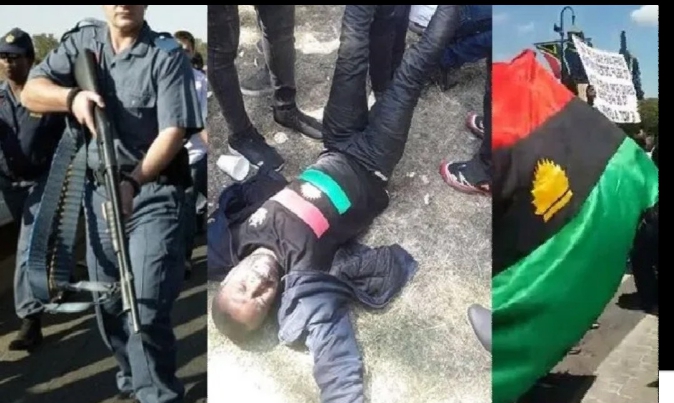 SAHARANEWS – It is unfortunate that South African government under President Ramaphosa watch, allow police to attack peaceful IPOB protesters seeking right to self-determination, this is not what late Nelson Mandela fought for.

Has South Africa ban peaceful protest in their country? Why attacking peaceful Biafrans who are protesting against killings of innocent Biafrans in Nigeria by Buhari’s government.

Is South Africa president not aware that his host Nigerian president is killing Biafrans.

I condemn South African police attack on the indigenous people of Biafra and call on the Igbo groups, and intellectuals to rise up against it.

Enough is enough, we cannot watch evil continue to persist against our people.

We must demand an investigation why South Africa police shot and injured our people, if South Africa have ban protest in their country, then let them make this known to the world.

The worst hypocrite is the same Buhari who is in South Africa over xenophobic attacks on Nigerians is using Boko Haram, Fulani Herdsmen, banditry killing Nigerians.

Very sad that African people has no leader to protect them, all we have in power are Vagabonds who think of their selfish interest against millions of Africans

Herdsmen Problem Is Too Much in the North, ACF Reacts To Akeredolu’s Seven-day Ultimatum To Herders.

We Don’t Know The Whereabouts Of Chinese Doctors But They’re Still...

Katy Perry, Kathy Griffin and other stars drag the heck out... 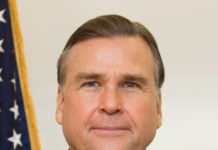 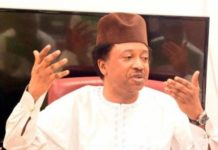 IMPOSTOR: This is what you get from an irresponsible government –... 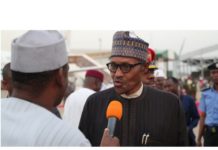 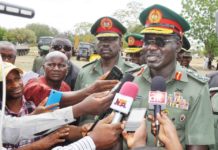