Pastor arrested in Ogun for rape during ‘special… 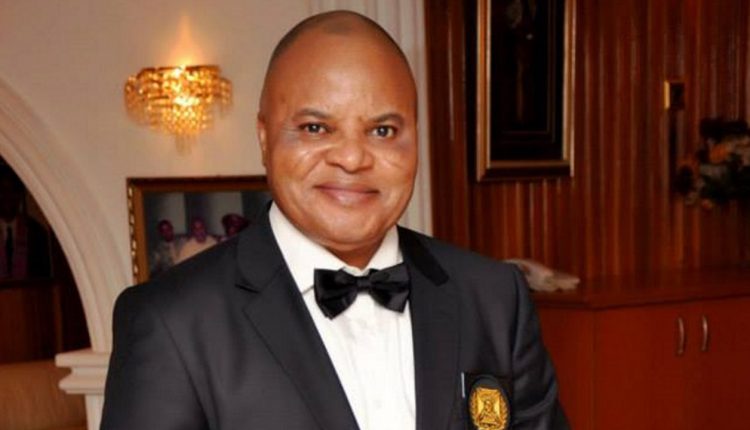 Human rights’ activist and convener of Concerned Nigerians, Deji Adeyanju, has moved against the appointment of Senator Ifeanyi Ararume as the chairman of Board, Nigerian National Petroleum Company Limited.

Adeyanju described Ararume’s appointment as a display of penchant for outlandish and unconventional methods of appointing cronies and men of questionable characters by the government of President Muhammadu Buhari.

President Muhammadu Buhari who serves as the Minister of Petroleum Resources had approved Ararume’s appointment as chairman of board of the newly incorporated Nigerian National Petroleum Company Limited.

Adeyanju in his reaction stated that, “The All Progressives Congress, APC we believe has more qualified technocrats and well experienced players in the oil and Gas industry as members that could have been appointed as the chairman of Board of the country’s mainstay source of revenue”.

“The Nigeria’s oil and gas sector represents about 65% of government revenues and such sensitive sector ought to be superintended by a competent person who has the requisite knowledge and experience of the industry instead of appointing Ararume whose only major achievement is being a Senator and managing a supermarket.

ALSO READ:  BREAKING: Council Chairman Dies After Community Protest Against Him With Coffin

“Ordinarily, after the incorporation of the Nigerian National Petroleum Company Limited as a business entity, one would have thought that the president would appoint a business-oriented technocrat with a vast knowledge in oil and gas to pilot the affairs of the company but alas, the rudderless government of President Muhammadu Buhari-led Federal government opted for a politician with zero experience in oil and Gas industry.

“The appointment of Ararume whom former president Olusegun Obasanjo in 2011 described as the “Big Thief” has brought to the fore, President Muhammadu Buhari’s penchant for outlandish and unconventional methods of appointing cronies and men of questionable characters.

ALSO READ:  What Nnamdi Kanu told me in DSS custody about Biafra — Soludo

“We call on the President to as a matter of urgency, reverse the appointment of Senator Ararume as chairman of Board, Nigerian National Petroleum Company Limited as it goes against reason and logic.”