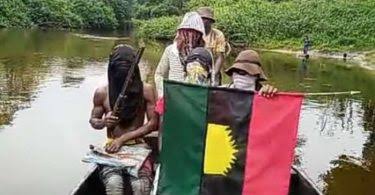 Biafra Nations League, BnL, a pro-Biafra group suspected of being responsible for the recent attack on an oil company in Bakassi Pennisula has warned civilians to suspend their trips to the borders of Cameroon and others in the gulf of Guinea until Sunday.

The group gave the warning on Thursday via an advisory note where it revealed it was embarking on an operation to take control of two major international routes in Nigerian maritime space.

BnL, in the advisory note seen by OAK METRO, said:

“We are using this medium to advise all travellers to Cameroon, Equatorial Guinea, and those coming to Nigeria/Biafra to suspend their trip till Sunday, as special team of our Self-defense volunteers have been reinforced by BnL to seize control of two major international route on the Nigerian maritime space from tomorrow.

“This is to ensure the safety of our people while the orders of BnL is enforced.”

In the note, the BnL said the roads bordering the English-speaking region of Cameroon, where separatist fighters are calling for a referendum on an independent state known as Ambazonia, are exempt from its travel restrictions.

“The leadership of BnL are more concerned about the security of life and property of travellers, and so we are appealing to everyone to suspend every travel through the Bakassi coastal line,” said BnL.