DSS shuts Down schools, sacks 140 teachers over request for…

BREAKING:Maj.-Gen Yaro takes over as 30th commandant of NDA 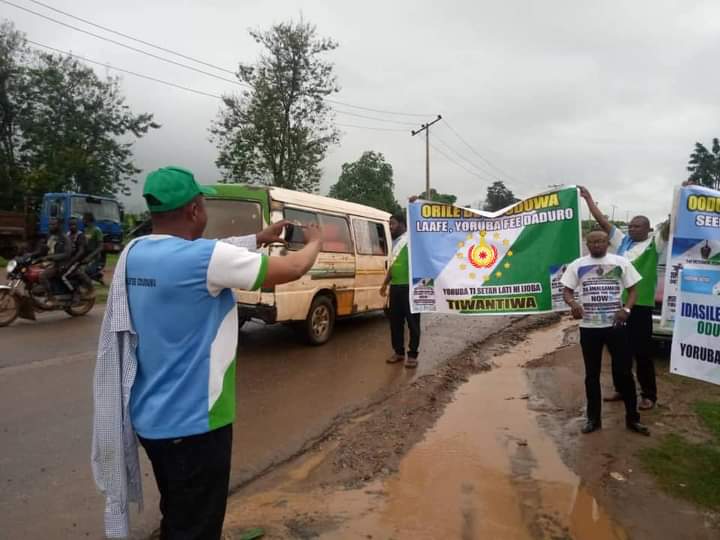 Three principals have been suspended for reportedly allowing a group of secessionists to preach to students in Osun state.

Folorunsho Bamisayemi, commissioner for education, in a statement, distanced the state from the group which he said has been going around Osun schools to preach the secession of the Yoruba from Nigeria to students.

He said the three principals were suspended for allowing the group into the school premises to talk with the students.

“A viral video showed the group talking to the students about the plan of the Yoruba nation to secede from Nigeria,” Bamisayemi said.

“The administration of Governor Adegboyega Oyetola was not aware and never gave consent to the group to speak with public school students in the State.

“The administration of Governor Oyetola frowns at any move to disunite the country, the State had never at any point in time associated with any group on what he described as a move that is capable of hindering the unity of the country.

“Nigeria is one entity and will continue to remain so. The state government of Osun never gave consent to any group to speak with students of public schools on a matter we know can cause disunity and chaos in the country.

ALSO READ:  JUST IN: Miyetti Allah Fumes As It Reacts To Gunmen Killing Its Leader

“As a Nigerian state, we believe in the Nigerian dream. We urge every Nigerian to pray and work for Nigeria not to break up. As for those principals that allowed such a group into the premises of our schools, they will face the consequences of their actions.

Jamiu Olawumi, special adviser to the governor on education, described the group as an ”unscrupulous element”, saying they have been going around to contaminate the minds of young children who are naïve.

He warned the group to stay away from Osun state, adding that the students will continue to represent unity at all times.