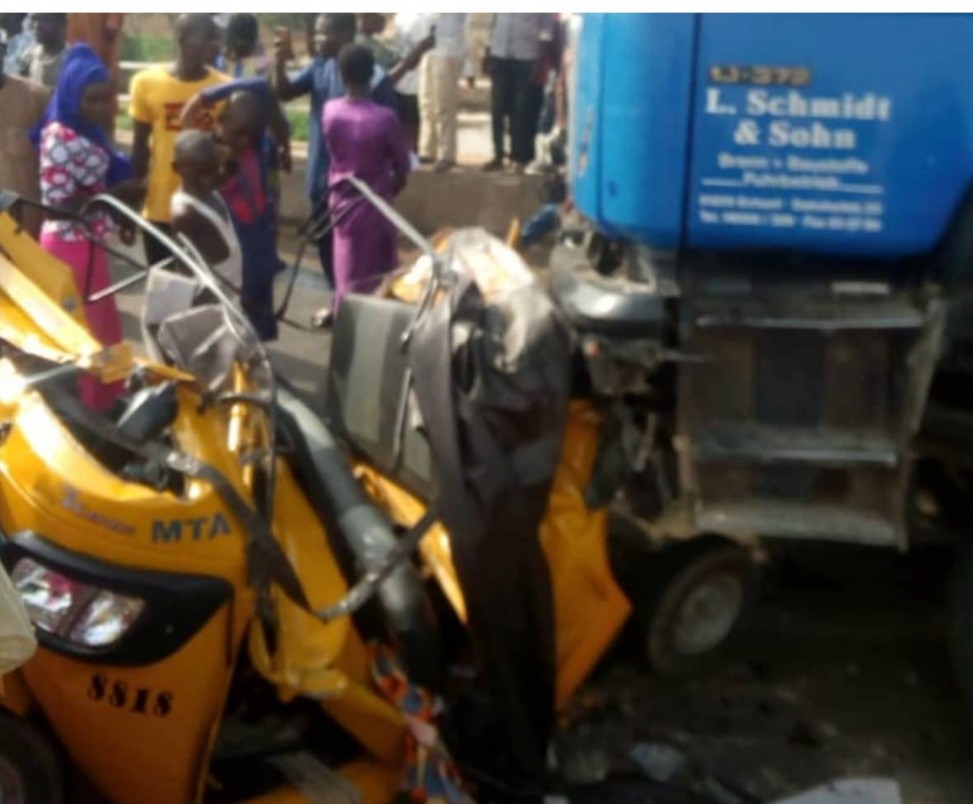 SAHARANEWS – A tragic accident occurred today at Vinikling bridge (Hayin Gada) in Yola, Adamawa State as about 20 people were crushed to death after a trailer loaded with farm produce overran several tricycles a.k.a Keke Napep.

Victims of the accident who were crushed to death by the trailer being chased by police officers after its driver refused giving them money have been evacuated to a hospital in Yola. Daily Post reported that some residents of the community said the police told them they were chasing the truck driver for carrying goods suspected to be foreign rice.

“But, there was no foreign rice in the truck, it was farm produce. The driver said they were chasing him for refusing to give them money at a checkpoint the police mounted,” a resident of the community, Umar Shehu said.

A student of Modibo Adama University, Salisu Ibrahim also recounted how he escaped getting crushed by the truck.

ALSO READ:  2023 Presidency: Peter Obi's Credentials Are Very Clear And Everybody Knows. He Should Reach Out To Atiku, Tinubu And Kwankwaso To Step Down For Him--Gov Ortom

“I did not know what happened, but we suddenly saw the truck coming with speed and police van was pursuing it. All of us in our Keke Napep jumped out and fled, the driver lost control and the truck began to hit other Keke Napep and crushing people before our very own eyes. It was horrific,” Ibrahim said.