JUST IN:N400bn Too Much For COVID-19 Vaccines. I Can Procure…

BREAKING: A Beacon Of Consolation For Emir Sanusi As Court… 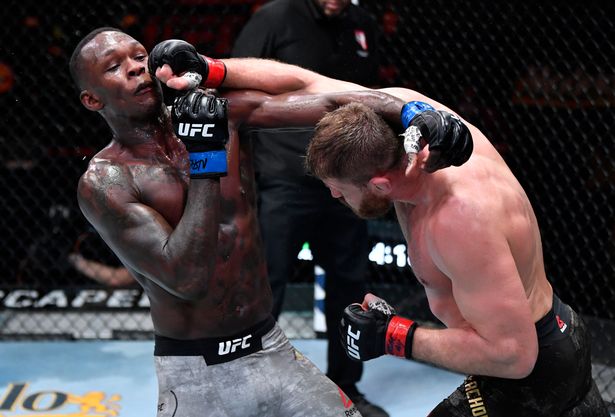 Adesanya, along with Blachowicz; women’s bantamweight champion Amanda Nunes and challenger Meagan Anderson and Petr Yan and Aljamain Sterling were the main card for the night but it was the Nigerian-born New Zealander who went home with the heaviest purse.

Adesanya’s pay for the fight could be further increased as his contract for UFC 259 included a payout from the overall Pay Per View income, estimated at $1m, but his opponent is not entitled to the PPV largess.

The 31-year-old earned $690,000 from his middleweight title defence against Brazilian Paulo Costa in September 2020.

Another Nigerian, Kennedy Nzechukwu, who earned a second-round knockout win over Adesanya’s teammate, Carlos Ulberg, was awarded the Fight of The Night award, which carried a bonus of $50,000. Nzechukwu’s original pay was an $18,000 base fight salary, $18,000 win bonus and a $4,000 Reebok sponsorship deal.