(VIDEOS) XENOPHOBIA: Full Video Account Of The Latest Cause Of The Surge Of Violence In South Africa 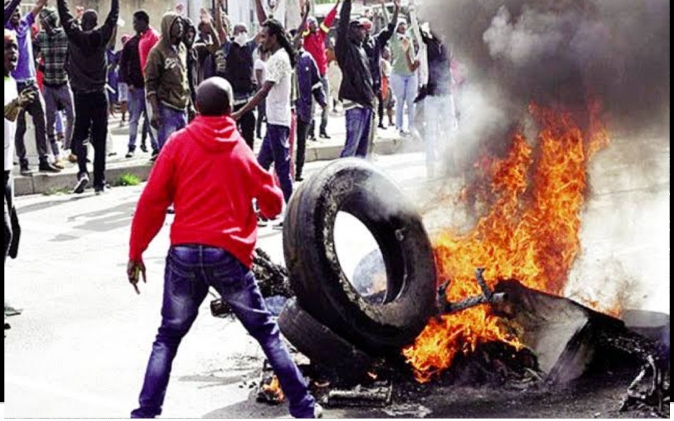 SAHARANEWS – In some video obtained by SaharaNew, two men, who said to had witnessed the killing of a Taxi Driver that prompted the citizen resorted into killing foreigners, revealed that it was not a Nigerian that killed him.

They said the Taxi driver was killed by a Tasmanian, selling off the hard drug on the street, no Nigerian engage in such business.

They said some are Pretorians, at night, they normally rob residents, inflict injury on them and made away with their properties.

One of the witnesses, when asked why they always calling and involving Nigerians in such criminal activities, he said they are poised to spoil the image of Nigerians.

He said media has contributed to making people believe it is Nigerians that always carry out the crime in South Africa and people who hate Nigerians. Said Nigerians are being victims of crime committed by Tanzanians.

A few days now, Nigerians and other foreigners residing in South Africa have been faced with severe attacks, destroying their properties.