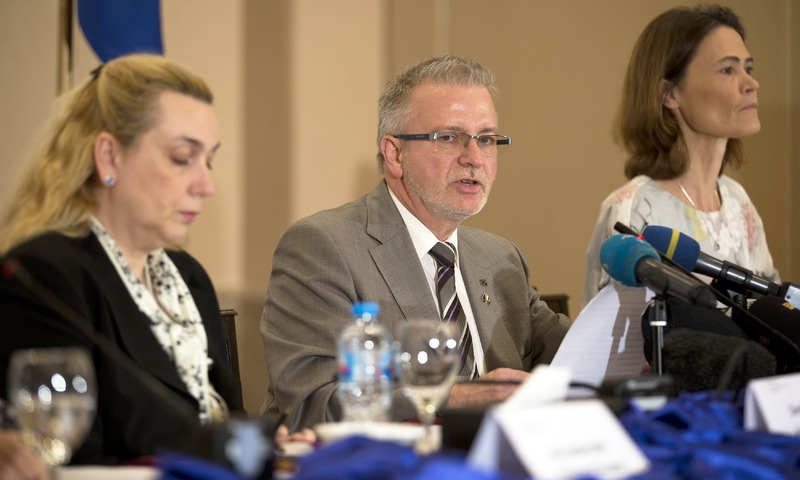 The mission while responding to the threat said it does not interfere in the electoral process of any country.

The governor, had in a live interview on NTA, said “Those that are calling for anyone to come and intervene in Nigeria, we are waiting for the person that would come and intervene, they would go back in body bags.”

The EU observer mission, in a statement issued on Wednesday by its Press and Public Outreach Officer, Sarah Fradgley, said the EU only deploys election observers when it is invited to do so by the authorities of a country.

Fradgley said the EU election observation missions are impartial and operate according to a strict code of conduct.

The statement reads, “We are aware of the comments by the Governor of Kaduna about non-interference by foreigners during a talk show on the elections on Tuesday, 5 February.

“The Independent National Electoral Commission invited the EU to deploy an observation mission for the 2019 general elections.

“EU election observation missions give commentary and analysis, and make recommendations about the electoral process.

“EU election observation missions are impartial, do not interfere in the electoral process, and operate according to a strict code of conduct.

“While the security of EU observers is of paramount importance, and will remain under constant review, EU observers will continue their work across the country in the run-up to – and beyond – the 16 February elections.

“For the last month, the mission’s team in Abuja, as well as 40 long-term observers across the country, have followed the elections.

“We have met with a wide range of candidates, parties, election officials, security agencies, and civil society organisations, and have enjoyed good cooperation at federal and state levels.

“The mission looks at all aspects of the election, including the campaign tone, the transparency of the election administration, the neutrality of security forces, and the independence of the judiciary.”

2019 POLLS: USA Sends A Strong Message To Nigerians Ahead Of 2019 Election – A Must Watch Video