Ondo will reject money to trace grazing routes for Fulani… 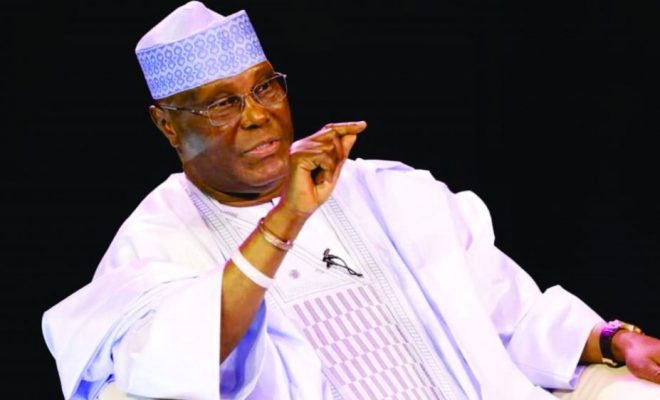 SAHARANEWS – Former Vice President Atiku Abubakar has urged US President Donald Trump to rescind his decision to include Nigeria in the expanded list of countries hit with travel ban.

The US government announced the expanded list on Friday which includes Nigeria, Sudan, Eritrea, Tanzania, Kyrgyzstan and Myanmar.

Acting US Homeland Security Secretary, Chad Wolf, said the new measure was the result of “failures by the affected countries to meet American security and information-sharing standards.”

In a statement on Saturday shared on Twitter, Atiku said Mr Trump should consider Nigerians’ attraction to the US and instead go after those in government “who have failed in their duties.”

He said: “While I understand the reasons given by the Trump administration (the failure of the @MBuhari led administration to share information and to address issues of terrorism), the ban does not take into account the pro-American sentiments of the Nigerian public and the solidarity previous Nigerian administrations have had with the United States.

“I urge the government of President @realDonaldTrump to consider the history of US-Nigerian relationships. Nigeria was one of the few African nations that joined the US-led coalition during Operation Desert Storm between 1990-1991 when the United States championed the liberation of Kuwait.
He also highlighted Nigeria’s role in restoring peace to Liberia and the country’s support for the US at the United Nations.

Atiku added: “The current Nigerian administration may have its deficiencies and deep faults, but the Nigeria people ought not to be punished for their inefficiencies.

ALSO READ:  JUST IN: Linking Us To Death Of Prophet Nwoko, Effort In Futility — IPOB

“Once again, I call on President @realDonaldTrump to consider adopting measures that individually target those in government who have failed in their duties, rather than target the entire Nigerian population.

US VISA BAN: FG Establishes Committee to See That Nigeria Meets Up With US Requirements