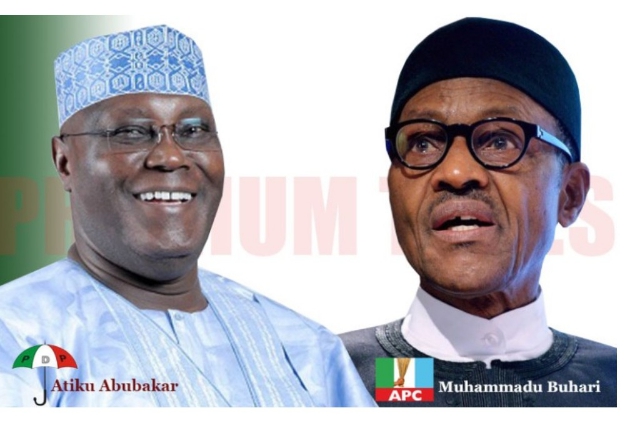 SaharaNews reports that Abubakar and his party, PDP are challenging the victory of President Muhammadu Buhari and his party, All Progressives Congress (APC) at the February 23 presidential election.

But Atiku and the PDP, in their petition filed on March 18 to challenge the outcome of the poll, contended that “from the data” obtained from INEC’s server, “the true, actual and correct results” showed that they polled a total of 18,356,732 votes to defeat Buhari whom they said scored 16,741,430 votes.

ALSO READ:  A political can never to a through leader. Humanity can be a leader of human kind #FreeMaziNnamdiKanu

By calculation, Atiku and PDP claimed to have defeated Buhari by 1,615,302 votes.

It said, through its lead counsel, Yunus Usman (SAN), that it collated the results of the election manually and never transmitted them electronically.

It added that it kept no server where results could have been transmitted electronically and stored as alleged by the petitioners.

However, the petitioners, in their application filed on May 8, maintained that INEC kept “central servers” in which “information was recorded and stored in database packets relating to accreditation of voters and transmission of results from the presidential election”.

They sought to be permitted to inspect the said servers and the card readers used for the conduct of the poll, examine and analyse the information obtained from them.

They also prayed for the tribunal’s permission to be allowed to file a report of their inspection, examination and analysis of the content of the facilities.

The applicants filed 13 grounds to back their application and their claims in it.

Part of the grounds of the application acknowledged that INEC was constitutionally and statutorily vested with the responsibility to conduct and manage the presidential election and set up electronic data central servers.

Maintaining that INEC deployed the servers for the conduct of the February 23 poll, they said as part of the grounds of their application, “the results of the election were electronically transmitted to the 1st respondent’s Central Server”.

BREAKING: Okorocha’s Certificate Of Return Threatened As INEC Opens Another Can Of worms