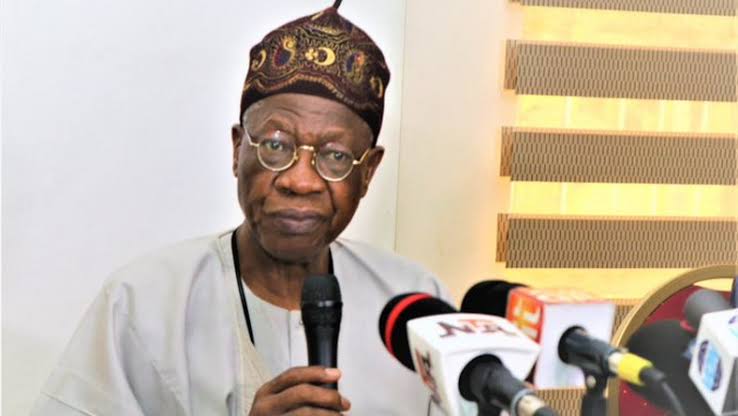 Lai Mohammed, minister of information and culture, says secession is not the solution to Nigeria’s problem.

He said the advocates of secession will be the first to flee the country if a crisis breaks out.

The minister said the federal government is working to prevent all secession tendencies.

Mohammed spoke on Sunday during a radio programme on Bond FM.

“Those who support separation and secession will be the first to run away when any problem starts,” he said.

ALSO READ:  Nnamdi Kanu: I stand with the people of Biafra — Collier

“We should not listen to them as many of them have about four passports of other countries.”

The minister said the unity of Nigeria is more important than all the issues threatening its continued existence.

He said ethnic clashes are not new in the country and added that “you don’t cure headache by beheading the patient”.

Mohammed said: “That we have ethnicity issues is not new. IPOB, Boko Haram and farmer-herders clashes are not new; all we must do is to look for the way forward.

“We are aware of them, the government is working. Secession is not the way out of our challenges. You don’t cure headache by beheading the patient.

“The things that unite us in Nigeria are more than what separate us.”

The minister’s comments on secession are coming in the wake of a rally organised by Ilana Oódua, a group of Yoruba self-determination activists who are seeking to secede.