You detain Kanu over referendum, but negotiate with… 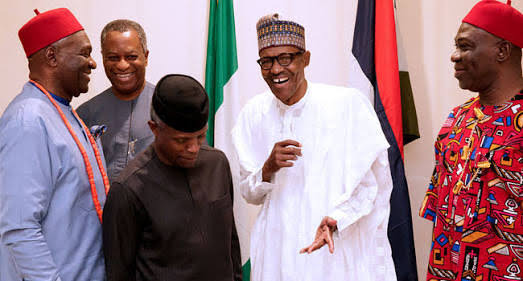 SAHARANEWS – President Muhammadu Buhari, on Wednesday, approved a N29.4 billion contract to be awarded for rehabilitation of the “tricky, steep and dangerous” 15-kilometre 9th Mile section of the Enugu-Onitsha Expressway.

Minister of Works and Housing, Babatunde Fashola, made the disclosure to State House correspondents at the end of the almost seven hours meeting.

He said the contract, which involved redesigning of the road to manage persistent erosion and other challenges, was retrieved from an earlier contractor for incompetent execution and now awarded to RCC construction firm, already handling the remaining stretch of the highway.

Fashola said: “We had one memorandum in respect of the 9th Mile section of the Enugu-Onitsha Highway just to disengage the contractor who was previously handling that 15 kilometre section and award it to the contractor that now has the majority of the rout, which is RCC. That section was determined and approved for re-award to RCC so we now have a wholesome strategy to complete that road.

“Of course, the 9th Mile section, as you might know, is a very tricky, difficult area: very steep, dangerous, a point of many accidents before, so we have to change the design and do a lot of other alterations in quality to ensure now that we manage, not only the erosion there, but that very good work is done.

“So Council approved that in favour of Messrs RCC for the sum of N29.4 billion. It’s rolled into the existing contract, which I think was for 24 months.”