BREAKING:Herdsmen Crisis is Not North Vs South Conflict,… 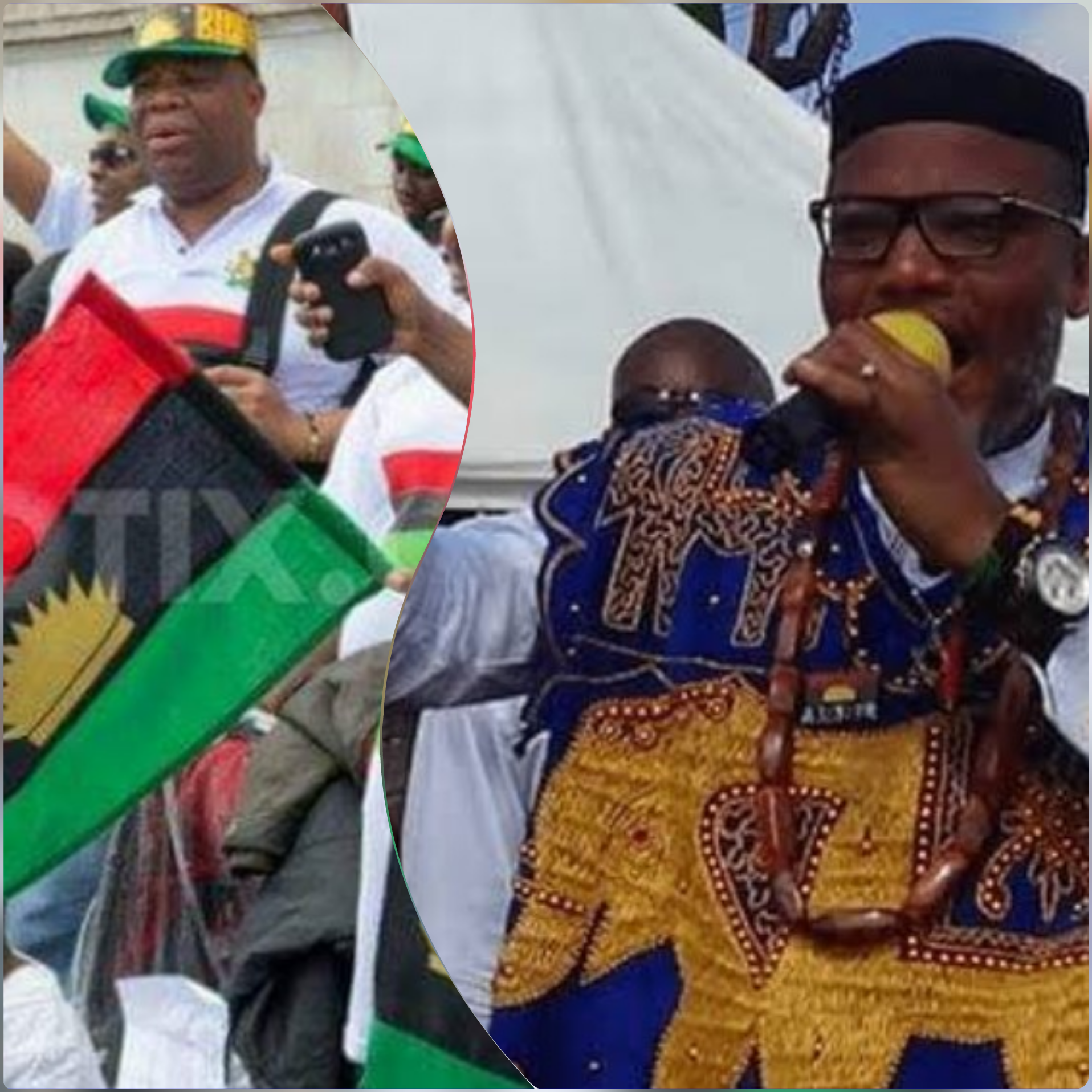 SAHARANEWS – The members of the Indigenous People of Biafra, IPOB, and the Ebonyi State Police command have continued to exchange words over the gruesome killings of some persons in Ndegu Orie Umuoguduakpu community in Ohaukwu Local Govt Area of Ebonyi State.

The leader of the group, Mazi Nnamdi Kanu, in a statement seen by saharaNews claimed that herdsmen carried out the attack of Ngbo community with the support of some security agents, but the Police denied such claims, adding that the attack was carried out by neighbouring Agila people.

“These herdsmen in collaboration with the Nigerian Army invaded the community and killed 20 persons.

ALSO READ:  Do we now see why my friends Mazi Nnamdi Kanu was forced to create ESN: He saw what was coming---Sunday Igboho

“Also houses and farm produce storage facilities were burnt and destroyed during the attack. These Herdsmen and Nigerian security agents beheaded their Biafran victims in their trademark Jihadi style. They also destroyed Bethel Methodist Church at Umuoguduakpu”

‘’Those that look up to governors across the east for protection can now see for themselves that caliphate are the ones in charge.

“BBC, CNN, NTA and Channels have maintained their criminal silence over this abominable atrocity. I am certain that when the time comes they will report IPOB response with glee”, Kanu said.

But in a swift reaction, the Ebonyi state police command through the Police Public relationship Officer, PPRO, Loveth Odah debunked IPOB’s and other allegations on social media.

She: “The attention of the Ebonyi State Police Command has been drawn to pictures in circulation on various social media platform misleading the reading public that it is herdsmen attack in Ebonyi State.

“To set the record straight, the Ebonyi State Police Command wishes to State that pictures showing the killing of persons is as a result of renewed communal crisis between Agila Community in Ado L.G.A of Benue State and Umuogudu Akpo Ngbo Community in Ohaukwu L.G.A of Ebonyi State, an incident which is in itself most regrettable”.

“However, the command wishes to state categorically that this crisis is a re-enactment of the age long border crisis between the two warring communities which has led to loss of lives and destruction of property worth millions of naira’.

‘Today 10th March, 2020, the Divisional Police Officer in-charge of Ohaukwu Division received information through phone call from the vigilante chairman of Umuogudu Akpo Ngbo in Ohaukwu L.G.A of the state, stating that the people of Agila in Ado L.G.A of Benue state numbering about thirty Five (35) persons attacked the people of Ndiegu Orie in Umuogudu Akpo Ngbo.

“The Police Command swiftly mobilized to the area and discovered that one Fidelis Ali Omem ‘m’ 70yrs old, one Helen Ali ‘f’ 55yrs old and seven (7) others have been murdered while one Titus Ugadu ‘m’ 50ysr old was seriously wounded and admitted in the hospital, some houses and yam bans were set ablaze by the rampaging assailants”.

ALSO READ:  "Until We Set Eyes On Jubril, Then You Know The Difference Between IPOB, Ohanaeze And PANDEF" - Nnamdi Kanu Replies Junaid Mohammed

“The Commissioner of Police Ebonyi State, CP. Awosola Awotinde, undertook a tour to the crisis areas where he admonished the people to remain calm and not to carry out any act that will further jeopardize the peace process already initiated by the Government, both at the State and Federal level”

The CP, according to the statement, noted the National Boundary Adjustment Commission is slated to visit Makurdi on 26 March, 2020 for demarcation, adding that it is an age long dispute that has defiled previous peace initiatives.

“The Government of the day is working assiduously towards finding a permanent solution to it. Members of the public should not allow themselves to be manipulated and misled by agents of darkness using social media”.

“Meanwhile the general area has been reinforced with Police Mobile Force personnel to avert further breakdown of law and order”.

“The Command equally wants to use this opportunity to appeal to the good people of Ebonyi State that they should remain calm and law-abiding as Police is doing everything possible to ensure safety of lives and property in the troubled communities”, she said.