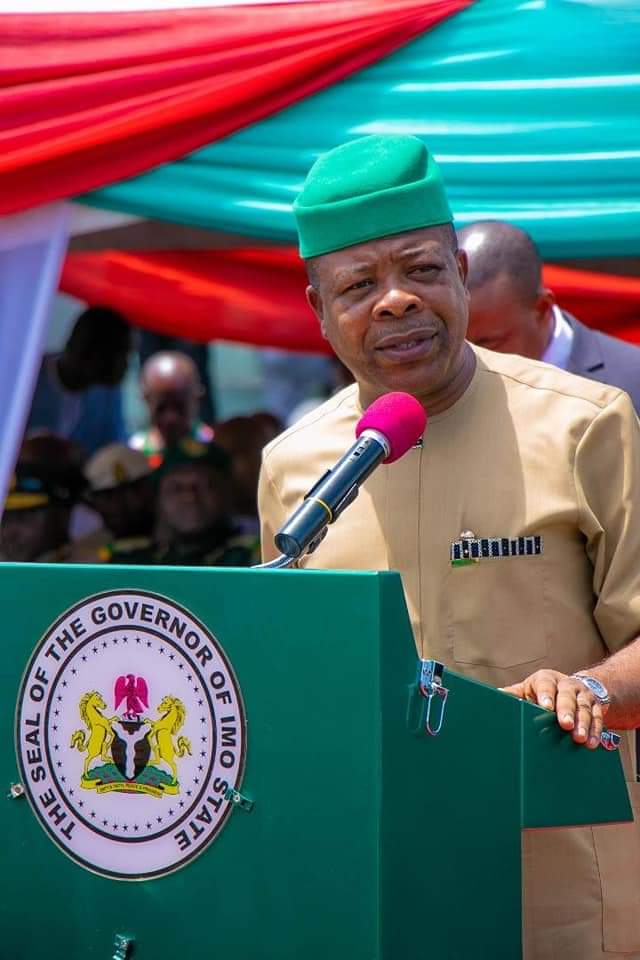 SAHARANEWS – Gov Emeka Ihedioha of Imo state has purchased Ford Pickup vehicles worth Hundreds of Millions of Naira instead of patronising INNOSON, a car manufacturing company from the neighbouring State, Anambra.

This should be quite condemned and does not speak well of bilateral economic relationship between the two sister States, Imo State and Anambra State.

INNOSON automobile manufacturing Industry as we speak is being patronized by Federal Government of Nigeria and such patronage will not only promote the economic growth of the region, it will also sustain and upgrade the employment opportunities to unemployed graduates from the region.

Political pundits are of the view that it might be another avenue to loot away the state fund.

It’s obvious that from import Duties, Shipping cost etc, it will give room for padding and looting instead of just going to Anambra State, which is very close to purchase the said vehicles.

INNOSON has also produced vehicles used by the Millitary meaning that it has both the ruggedity and toughness needed to combat the rough terrains of crime fighting.

ALSO READ:  Nnamdi Kanu: There is injustice in this country — Father Mbaka

Whether IPOB is proscribed or not, in order to avoid what happened to Senator Ike Ekweremadu, a group that pressurises on the need to develop the Eastern region will not spare Emeka Ihedioha should they see him outside the Shores of Nigeria, possibly in Europe because of this negligence to an opportunity which would have been used to boost techno-economic development of region.

Even though we condemn the act on Ike Ekweremadu, Emeka Ihedioha inviting such to himself is obvious.