JUST IN: IPOB, BNYL clash over system of government for 7…

BREAKING!!! Impeachment Looms as Senate Reconvenes on the Tuesday Over Onnoghen 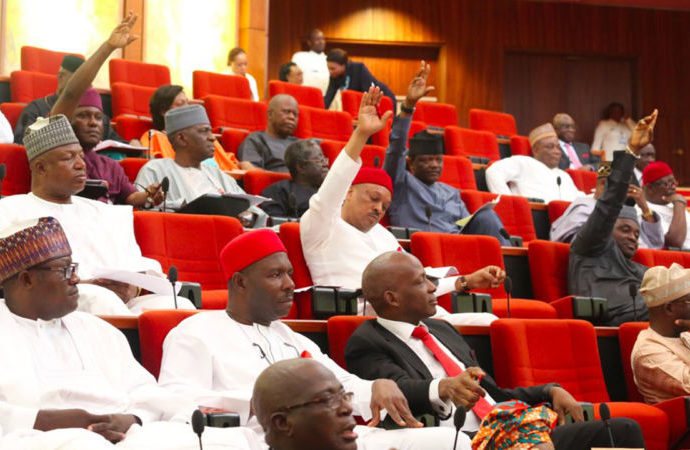 SAHARANEWS – Following the suspension of the Chief Justice of Nigeria by President Muhammadu Buhari which has sparked missed reactions within and outside the country, the senate will reconvene on Tuesday, SaharaNews Reports.

According to a source in the National Assembly, the lawmakers would reconvene to discuss the suspension of Justice Walter Onnoghen as the Chief Justice of Nigeria.

SaharaNews earlier reported that the National Assembly would hold a leadership meeting on Sunday over the matter.

The Senate President has yesterday in his reaction said that President Buhari’s suspension of the Chief Justice of Nigeria “amounted to gross misconduct” which is impeachable under Nigerian constitution .

Recall that the Lawmakers had during Thursday’s plenary adjourned sitting until February 19, after the Presidential and National Assembly elections.

But the decision to reconvene next week followed the suspension of Justice Onnoghen by President Muhammadu Buhari on Friday.

Meanwhile, the European Union has raised concern with Justice Onnoghen’s suspension and questioned the process and timing of the decision to suspend him.

Similarly, the United States government said the decision has weakened the determination of the government and political parties among others to ensure a process that would lead to credible elections in the country. US also revealed that the suspension of Onnoghen should follow due process.