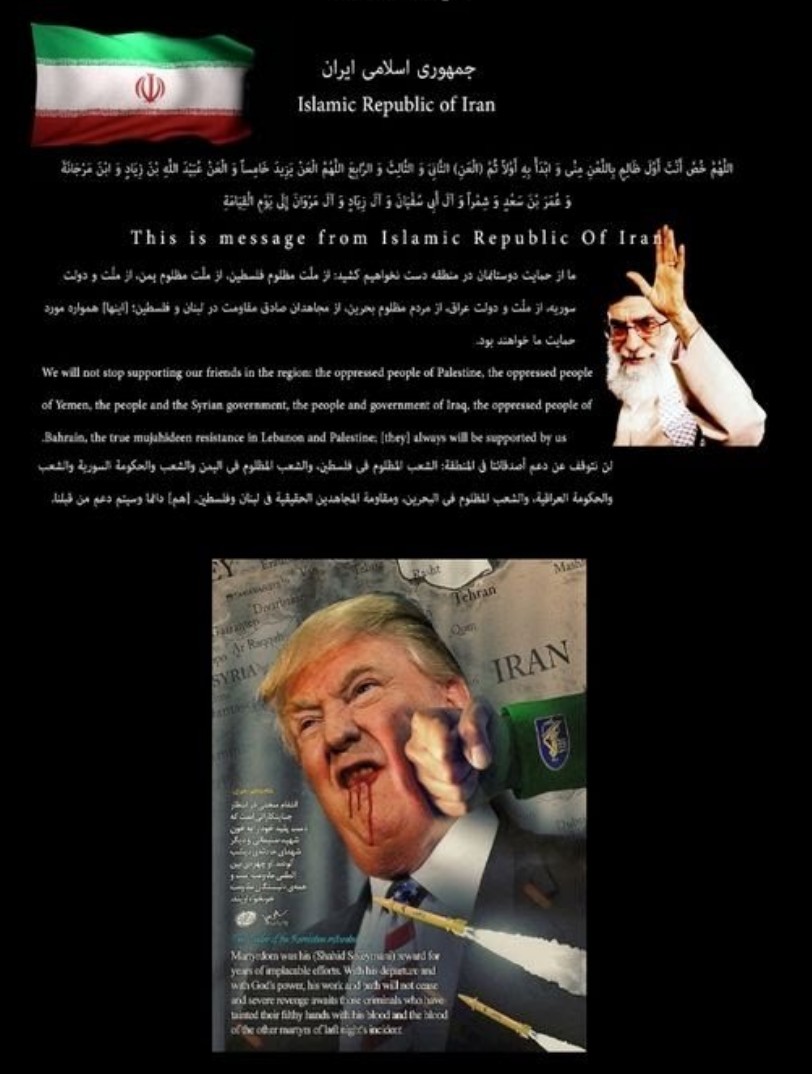 Users clicking on the were greeted with a ominous black hacked web page from ‘the Islamic Republic of Iran’.

On it is a picture of Donald Trump being hit in the face by an Iranian fist, with blood pouring from his mouth.

Below it are the words, “Hacked by Iran Cyber Security Group Hackers’ and ‘this is only a small part of Iran’s cyber ability.”

On the site the hackers added ‘we are always ready’ and ‘to be continued’. There is also the hash tag of ‘#hardrevenge’.

They posted: “This is message from the Islamic Republic of Iran.

“They will be supported by us.”

He was speaking days after a drone strike killed Iranian military commander Qassem Soleimani and an Iraqi militia leader.

President Trump claimed the US Army has targeted 52 Iranian sites, while Iran said it had identified 35 targets for retaliatory strikes

The FDLP is a government programme created to make US federal publications available to the public at no cost.

Checks by saharaNews on Sunday shows that the hackers message which was visible last night has been pulled down and replaced with an ‘Error 520’ message.

Cyber attacks are one way Iran was expected to retaliate for the death of Gen. Qassem Soleimani, who died in a U.S. missile attack at Baghdad’s international airport directly ordered by President Trump.