BREAKING: Jubilations For Okorocha As He Finally Smile Home With His Certificate Of Return 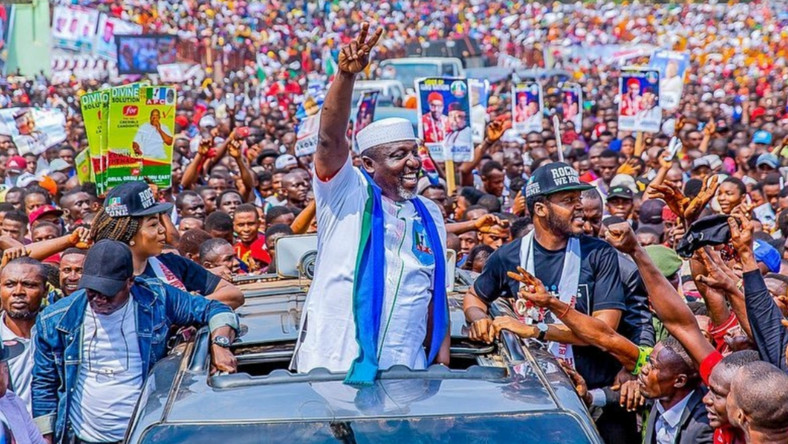 SAHARANEWS – Rochas Okorocha, senator-elect of Imo west senatorial district has been issued a certificate of return by the Independent National Electoral Commission (INEC).

Okorocha was initially denied the certificate by the commission over an allegation that he harassed INEC’s returning officer during the election and forced him to announce the election results under duress.

INEC said on Tuesday that the decision was in line with the federal high court’s directive.

The Federal High Court in Abuja, on Friday, ordered the commission to immediately issue the certificate of return to the former govenor of Imo State as the senator-elect the Imo West Senatorial District.

Justice Okon Abang made the order in his judgment on the suit filed by Okorocha to challenge INEC’s decision to withhold his certificate of return after he was declared the winner of the February 23, 2019 National Assembly election in the senatorial district.

Recall that SaharaNews earlier reported that, Okorocha was denied access to the National Assembly Complex for the inauguration of lawmakers.