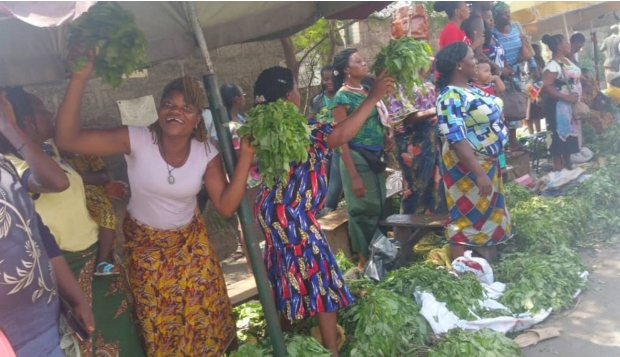 SAHARANEWS – Over twenty thousand citizens of Anambra State have so far benefited from the Federal government’s Trader Moni scheme.

The Vice President Professor Yemi Osinbajo disclosed this during his official visit to the State.

The Vice President Osinbajo was on arrival received by Governor Willie Obiano and members of the State Executive Council, among others.

The Vice President in company of the Governor Proceeded to Eke Awka Market for the Trader Moni exercise, where he met with some petty traders dressed in the Trader Moni T-Shirt, displaying their goods including smoked fish, sachet water, Palm and groundnut oil, among others.

The Vice President thereafter, proceeded to Onitsha for similar exercise. Vice President Osinbajo who was received at the palace of the Traditional Ruler of Onitsha Obi Alfred Achebe, explained that about twenty thousand traders have received the Trader Moni, which he described as a micro credit scheme of the federal government targeted at the poorest traders to help facilitate their businesses.

The Vice President also went to Ochanja market, Onitsha, where he explained that it is only government that can guarantee the kind of arrangement which Trader Moni offers.

In a remark, Governor Willie Obiano said that the scheme will be of immense help to the inhabitants of the State, expressing gratitude to the federal government, for the scheme calling for its sustenance.

In their various remarks, some of the beneficiaries thanked the federal government for coming to their aid, promising to utilize the loan prudently.

The Member representing Onitsha North Constituency Two in the State House of Assembly, Mr Eddy Ibuzo, who applauded the initiative, thanked the federal government for making it a reality.

The Vice President later visited the Asaba end of the Second Bridge across the River Niger where work has reached an appreciable level.