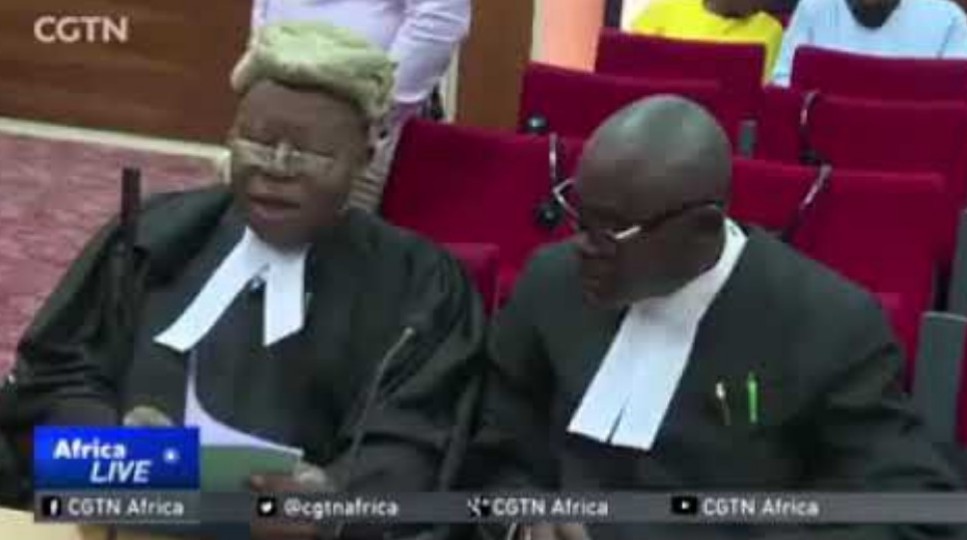 SAHARANEWS – In a viral video by CGTN Africa had it that the Economic Community of West African States (ECOWAS) Court has charged Nigeria federal government to compensate Biafra Veterans.

The 1967 – 1970 Nigeria Biafra civil war casualties were estimated to three million and since after the ugly incident, the debris has not been cleaned up.

According to the report, the ECOWAS court in Abuja has asked FG to pay a sum of $244 billion in compensation to those Biafran war victims.

The court found Nigeria guilty for their failure not to demand and clean up the explosive item used during the war and to compensate the victims in eleven states where the war occurred.

According to the lawyer in defence for Biafrans, Alex Williams, the compensation will not go to the victims alone but also to people who their farmland was destroyed.

He further stressed that the government should owe it as a duty to clear off bomb remains and other explosives that could endanger human beings throughout the eleven states where the war was carried out.

Meanwhile, some Nigerians have taken to their social media to register their displeasure over the court verdict.

A Facebook client, Amaka Ekwo, who shared her thought with an attached video said The compensation is not enough to compare to what Biafrans suffered during the war, adding that the victims are still suffering from PTSD.

She further posited that The Nigerian government sees Biafra land as a conquered area following the absence of workable International Airports and seaport.

The IPOB media front also claimed that many Biafrans are refugees outside abroad and Nigerian government beach universal rights of IPOB protesters who demand breakout from the country.

In her words: “The compensation is not enough, many Biafrans are suffering from PTSD, The Nigerian government see Biafranland as conquered area, no international airports and seaports.”

“Many Biafrans are refugees outside Nigeria. The Nigerian government is abducting and killing IPOB activists for demanding self-determination, a universal right.”

BIAFRA: Nnamdi Kanu Should Be Arrested If He Dare Steps Into Nigeria’ – Junaid Mohammed