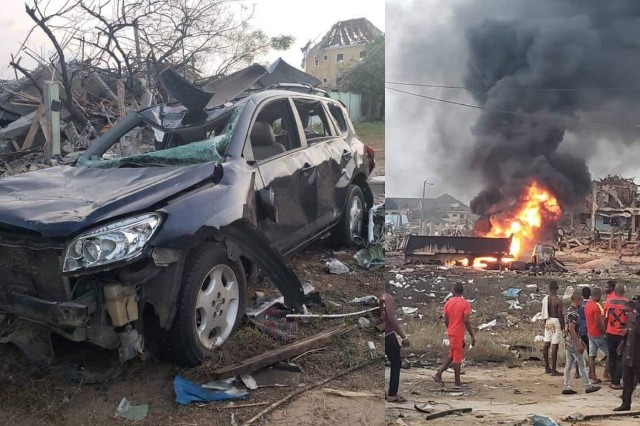 SAHARANEWS – Residents of Abule-Ado in Amuwo-Odofin Local Government Area, Lagos State and its surroundings are counting their losses even as hundreds have been rendered homeless and jobless following tremor-like explosion that rocked the place on Sunday morning.

In what appeared like a gas explosion, hundreds of buildings that dot the entire Abule-Ado were destroyed. While some went up in flames, others had their roofs squeezed, shrunk and broken in bits with parts of the buildings caving in.

However, residents have refused to accept claims in some quarters that it was a gas explosion. They said it was a clear case of a bomb explosion, but who planted the bomb remained unknown as at the time of this report.

According to Sunday Sun, resident who identified herself as Mama Divine buttressed residents’ assumption with information they got from soldiers guarding the pipeline as well as the effect of the explosion.

“Again, according the security personnel who were guarding the pipeline, the thing came like a rocket and hit the pipeline and the next thing was that smoke starting billowing before the deafening sound, which was followed by the destruction.”

Another resident, Mr Mike corroborated Mama Divine’s assertion, insisting that the perpetrators must have targeted the Lagos Trade Fair Complex, which is only separated from Abule-Ado by a fence, or the Bethlehem College, owned by the Catholic Church.

“The Bethlehem College was badly affected, with many boarding students sustaining injuries. In fact, nobody can say the exact number of persons that died at the college, but information so far indicates that a Reverend Sister is still missing since the explosion occurred. Her phone is ringing but she is not taking her calls and nobody has seen her. Another sister, a female worker at the college was roasted beyond recognition.

“Many of the students are currently in different nearby hospitals receiving treatments, while so many others are yet to be found. That’s why I said that nobody can give accurate casualty figure at the college for now,” Mike said.

There is also an unconfirmed report from some residents that the principal of the college is dead. While some attributed the principal’s death to shock, others said she might have died of suffocation from the thick smoke that engulfed the school.

“The owner of a hotel, located on Garden Resort Street, Off Gani Adams Way, Abule-Ado, is currently in hospital receiving treatment.

According to his wife, the incident which happened between 8am and 9am left a lot of their workers, including her husband seriously wounded.

“I had 15 lodgers and about eight workers, who were here before the incident. As I speak to you now, I don’t know their whereabouts. A member of my church even died in this incident. The principal of Bethlehem College is already dead. A lot of children in that school also died. What happened here is more than a pipeline explosion; it looks like a bomb explosion,’ she narrated.

Another resident who identified himself Joseph Ejindu said his son also landed in hospital. Ejindu, who lives on Garden Resort, said he lost everything to the incident.

“The person who planted this bomb is even sympathetic to have done it on Sunday. If it were on Monday, the death figure could have been more devastating,” volunteered a sympathetic onlooker.

There is also insinuation by some residents that the bomb might have been planted in a tipper truck, which was also burnt beyond recognition.

Right now, hundreds of residents are moving what remains of their property out of the area. While many are seeking refuge in their relatives’ homes, others are stranded even as many others are moving into their shops.

Abule-Ado is majorly populated by traders at the old Lagos Trade Fair, along Badagry Expressway.

Meanwhile, the National Emergency Management Agency (NEMA) says the explosion which occurred at Abule Ado, Trade Fair area of Lagos State off Badagry Expressway was not caused by a disruption of the Nigerian National Petroleum Corporation (NNPC) oil pipeline.

Ibrahim Farinloye, Acting Coordinator, Lagos Territorial Office, NEMA, made the clarification in an interview with the News Agency of Nigeria (NAN) in Lagos.

Farinloye said that contrary to information earlier put out in the media, the explosion which occurred at about 9a.m. was unconnected to pipeline vandalism.

“From the information given by officials of the Lagos State Fire Service who are currently on ground, the implosion is not connected to pipeline but might have occurred in a factory located in the Abule Ado area.

“Emergency responders are on ground while others are still on their way to the scene. The situation is under control and we hope to get more information soon to ascertain its cause,” he said.

Farinloye said the NNPC had shutdown the pipeline passing through the area as a precautionary measure after the oil company was notified of the incident.

He also confirmed that several buildings were affected by the explosion which was heard several kilometers away in many parts of the state and beyond including Amuwo Odofin, Okota, Ijegun, Surulere, Ikeja, Egbeda, Ojota, Agege and Otta in Ogun State. 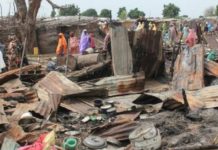 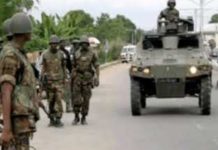 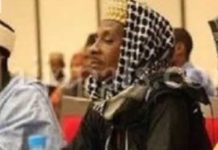 JUST IN: Miyetti Allah Fumes As It Reacts To Gunmen Killing... 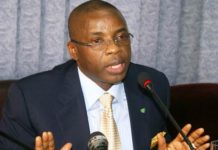