BREAKING: Nigeria, Currently On Borrowed Time, Break Up Is… 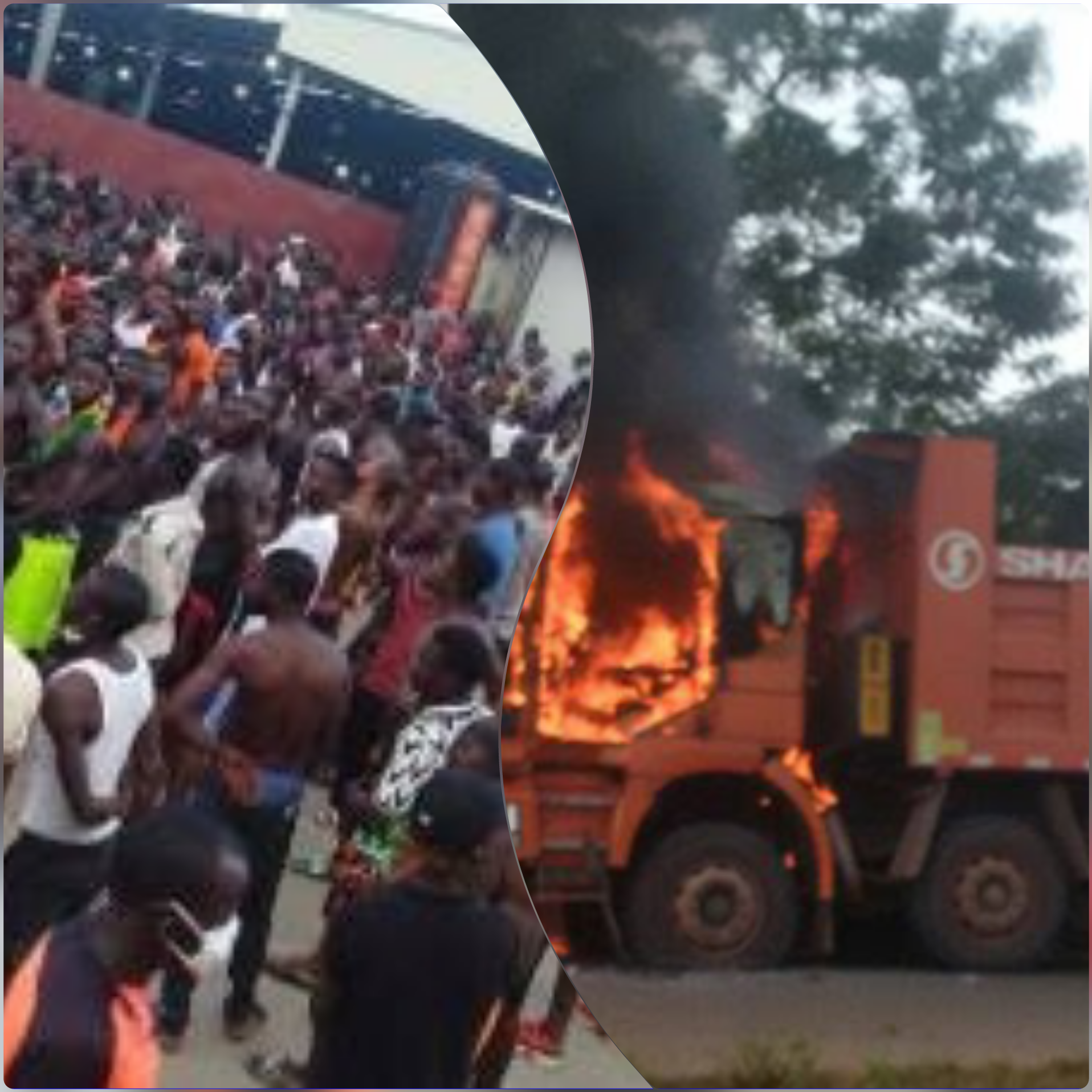 SAHARANEWS – Some aggrieved casual workers of a Chinese company in the Ogun Guangdong Free Trade Zone located at the Ado-Odo/Ota Local Government Area of Ogun State, have set ablaze one of the company’s vehicles and destroyed two others.

The dissatisfied workers reportedly protested against the company’s decision to lock them within the premises.

It was gathered that the decision to lock them up within the premises was part of measures to stop the spread of COVID-19 and to obey the two-week lockdown extension of the government,

The protesters in a video circulated on social media were heard saying, “No more, management. This management should have sorted this since yesterday, pay us at least two months’ salary”.

Confirming the incident, the Police Public Relations Officer in the state, Abimbola Oyeyemi, said the incident had happened three days ago.

Oyeyemi said there was no unrest in the area, saying, it was just a protest without loss of life.

He said, “It happened two to three days ago. The Chinese company locked its casual workers inside the company since the beginning of the lockdown.

“The workers were now clamouring that they wanted to go home, demanding that the management pay them off. That was what actually sparked off the protest.”

“They set ablaze the company’s vehicle but not completely burnt. They also destroyed the windscreens of two vehicles.

“The police have intervened in the matter and the management of the Chinese company has paid them off, the workers have all gone to their houses.”

BREAKING: Heavy Tension In Plateau Community As 9 Died, 22 Houses Burnt Down In A Fresh Attack