2023: Pantami speaks on his alleged plan to run for… 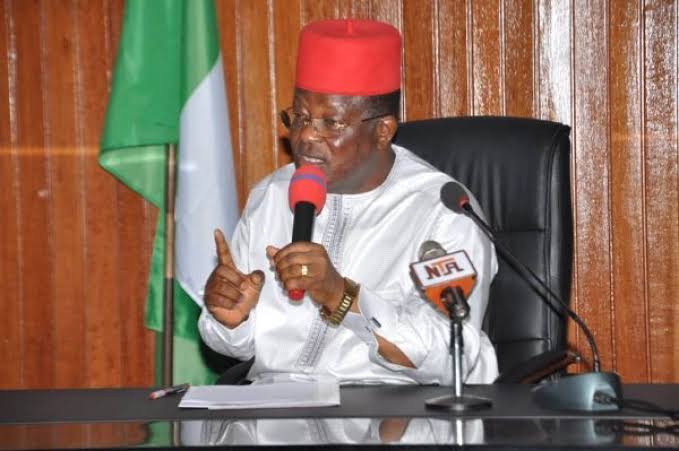 Ebonyi state governor, Dave Umahi has described operatives of the Eastern Security Network established by the Indigenous Peoples of Biafra, as criminals.

He disclosed this on Channels Television’s ‘Sunrise Daily’ programme on Wednesday.

“And so, we won’t allow people to take the law into their hands by killing cows and killing people. But I have to tell you that herders/farmers’ conflicts are not the only security challenges we have in South-East, we have the issue of kidnappers. And of late, we have bandits that are now doing a lot of evil and and saying they are Eastern Security Network.

ALSO READ:  We will confront enemies of Nigeria with all our resources — Gbajabiamila

IPOB’s leader, Nnamdi Kanu, had in December 2020 launched ESN to protect the people of South-East and South-South regions from terrorists and bandits allegedly trooping in from the North.

The IPOB leader described the outfit as a replica of the Western Nigeria Security Network, also known as Amotekun, earlier launched by the South-West governors to curb insecurity in the region.

“The sole aim and objective of this newly formed security outfit known as Eastern Security Network are to halt every criminal activity and the terrorist attack on Biafraland,” Kanu had said.

“This outfit, which is a vigilante group like the Amotekun in the South-West and the Miyetti Allah security outfit, will ensure the safety of our forests and farmland, which terrorists have converted into slaughter grounds and raping fields.”

SARS, Others Indicted As China Find 7,221 Human Penises On Cargo Ship From Nigeria