SARS, Others Indicted As China Find 7,221 Human Penises On Cargo Ship From Nigeria 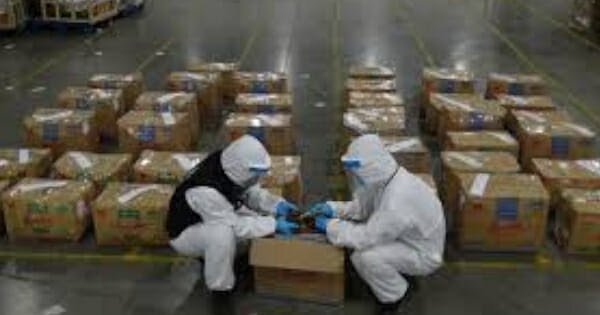 A report by www.expressiveinfo.com said that a total of 7,221 penises of African origin were seized by the Chinese customs officers in what has now been tagged the world’s biggest seizure of human organs in history.

The organs which were hidden in a refrigerated freight container were seized when the ship harboured in the Shanghai Port following information from an anonymous informer who alerted the Chinese authorities.

The organs were packed in 36 boxes labelled as ‘plantains’ inside the refrigerated container on a ship which transited from Lagos, Nigeria and ship’s crew consisting of four Nigerians, two Malians and two Cameronese now being detained.

Speaking on the seizure, the spokesman of the Chinese General Administration of Customs, Li Wu, says the organs were shipped from Lagos in Nigeria.

Meanwhile, Nnamdi Kanu, the leader of the Indigenous People Of Biafra, IPOB, who indicted the IGP and SARS operatives, said it is a prove about his claim that SARS operatives and police harvest and sell organs of victims detained in their custody.

The IPOB leader have said that the police and SARS operatives “abduct” people mainly in the Southeast and south-south, and harvest their organs for sale.

Kanu also indicted former President Olusegun Obasanjo and UK High Commission to Nigeria alongside Governor of South-East, whom, he said supervises and are beneficiaries of the proceeds from the act.

“A confirmation of what I have been saying all along. Anything I tell you is the TRUTH. You may argue or doubt it at the time but in the fullness of time you will agree with me.

“Who did this to #Nigerians? This what British trained SARS was commissioned to do by Olusegun Obasanjo. This is what they have reduced our land to. The new organ harvesters for Chinese market is now Nigerian Army. If we don’t destroy them they will destroy us.

“United Kingdom High Commissioner to Nigeria, Olusegun Obasanjo, IG of Police, SE/SS Governors are all beneficiaries of the proceeds of this dastardly trade.

“The 5 SE governors are beneficiaries of the proceeds of this evil against our people.”